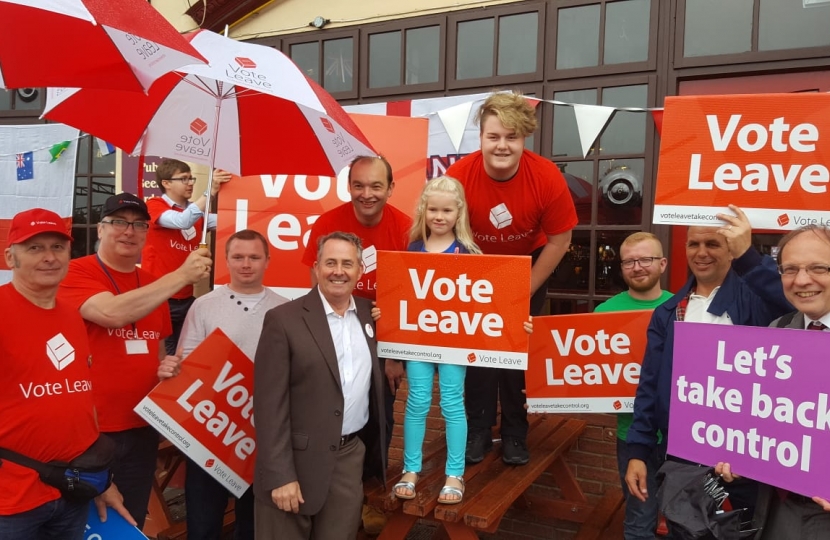 "I was deeply disappointed at the Chequers plan and subsequent White Paper.  This is not the Brexit I campaigned for and my constituents supported.  I want an independent United Kingdom not the watered-down version of Brexit that these documents represent.

The White Paper breaches the red lines.  It involves us paying vast sums to the EU, being a rule taker, side tracks parliament, fails to support our financial services and subjects us to continued interference of the European Court of Justice.

As it stands I cannot support the government’s position.

There is an alternative.  We should tell the French and German governments we will move to established World Trade Organisation rules.  This is the basis on which most nations base their trade.  We can then ask them if they want to improve on that offer.

We should be global players.  Life outside the European Union can be bright and optimistic.  It doesn’t need to be a depressing trudge into the technical and pessimistic.  We need to reassert ourselves as a global leader in trade and commerce, and not be a supplicant puppy to a federal block."

James has held frequent surgeries either at his office in Southend or out and about in the Rochford and Southend East constituency. Recent out and about surgeries have been held in B&Q, Waitrose, Asda, a fish & chip shop and various cafes and community centres in the constituency.  Please call James's office on 01702 616 135 to arrange an appointment.

My Column in the Southend Standard