Unauthorised traveller sites are a nuisance for our local communities 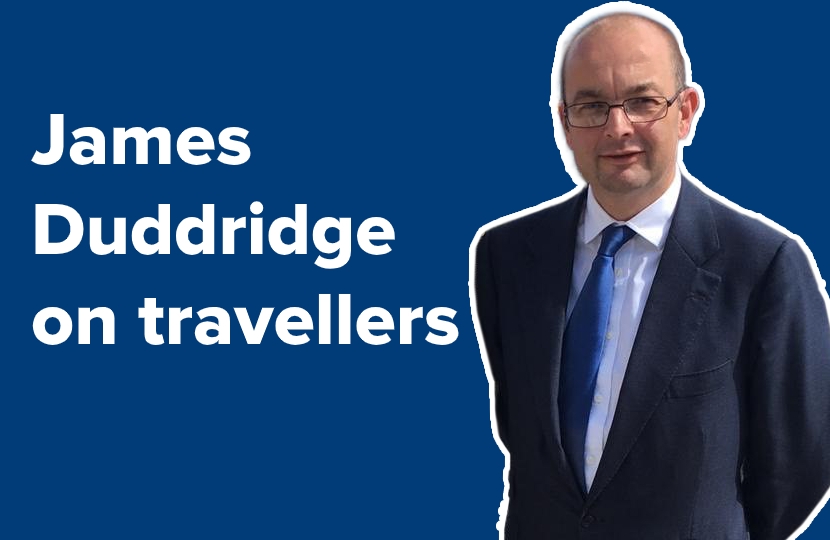 "Unauthorised traveller sites are a nuisance for our local communities. Residents regularly contact me about the anti-social behaviour, fly-tipping, and noise that are so often related with these unauthorised sites. And while the vast majority of the travelling community are decent law-abiding people – the current system is not working.

This summer, traveller incursions were a regular occurrence across Southend. Conservative councillors in our town launched a bid to bring a blanket ban on travellers stopping on public spaces, but such proposals were quashed by the Labour-led coalition.

For many years I, along with many other Conservative MPs, have campaigned for the law to be changed and for the Government to adopt the “Irish Option”. In short, this method was introduced in Ireland in 2002 and makes deliberate trespassing on council or private land a criminal offence rather than a civil offence.

The Irish Option would give police officers the powers to arrest those who refuse to move on, and seize any assets, which I believe would act as a powerful deterrent and put a stop to the current situation where travellers simply pack up and move to another area down the round which happens so often.

Now, I’m pleased to see progress is being made. Earlier this year, the Government announced draft measures to implement such proposals, making it a criminal offence to set up illegal traveller sites. More practical support and funding to local authorities handling unauthorised encampments will also be made available – which is good news for places like Southend.

I know how strongly many readers will feel about this issue and I will be monitoring any developments closely. In the meantime, should you wish to contact me about this, or any other subject, please drop me an email via james@jamesduddridge.com or by contacting my Southend-based office on 01702 616135."