Summer Debate: James makes a speech ahead of the Parliamentary Summer Recess 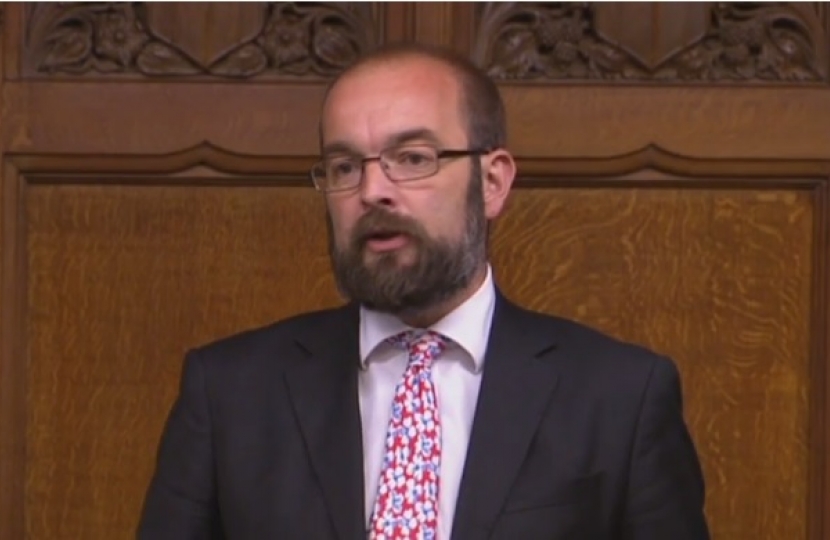 It is a pleasure to follow the pop and fizz of the soft drinks speech by the hon. Member for North Tyneside (Mary Glindon), although I do urge caution. As a type 2 diabetic, I am sympathetic to not having too many sugary drinks, but there are lots of evils in those soft drinks that do not have sugar in them. When walking around my local Asda or another supermarket, I note the paradox that it is still possible to buy fizzy drinks cheaply, despite what the hon. Lady said.

I want to thank not only the staff of the House but all the personal staff in our offices, who do so much work. I have been immensely fortunate in my nearly 13 years in the House to have recruited an exceptional individual, Lucy Paton-Brown, who is sadly leaving me in September. She has done a fabulous job for me. I am particularly conscious that for one year a few years ago ​I was either in hospital or in bed at home, unable to do my job properly. Usually when that happens, a neighbouring Member of Parliament takes over the constituency burden and casework while the Member recuperates. Lucy managed to do all that work for nearly a year on my behalf. She will be sorely missed.

I want to talk about some campaigns in Southend. My hon. Friend the Member for Southend West (Sir David Amess) mentioned the very good news that clinicians have decided that, under the strategic transformation programme for the local hospital, blue-light ambulance services will continue to be directed to local hospitals in Southend, Chelmsford and Basildon to receive the best immediate care. The election came in the middle of a big consultation on the matter, but political campaigners who were more interested in garnering votes than the quality of our local health service used A&E scurrilously.

Some key organisers in the campaign perpetuated the lies. I feel for Opposition Members who have to put up with some of the more disreputable elements of Momentum. Many decent, honest people were involved in the Save Southend A&E campaign, but it was misused by Momentum, which was aggressive and tried to intimidate. There was a public meeting outside my house, with someone using a loudhailer, to try to intimidate me—the tweets asking people to go there specified that—into backing down from saying that all decisions should be clinically led. The circumstances were appalling. I am sorry for Opposition Members because sometimes the wrath that leads to “red on red” is even fiercer than that which causes “red on blue”.

I want to talk about a train. I will not go all “Thomas the Tank Engine” on hon. Members, but all trains should be like the 7.18 from Shoeburyness to Fenchurch Street, travelling from the sea to the city in under 60 minutes. It gets in after 58 minutes. If it did not stop, the journey could be made in 32 minutes. That would transform the local economy.

When I was first elected in 2005, Southend airport covered one destination and had 40,000 passengers. It now has 30 destinations and 1.2 million passenger movements, which will increase to 2.5 million in 2018, with more than 40 destinations worldwide. That will regenerate the area. We need to do more to work with the surrounding community and business parks to get businesses around the airport.

Time is short, so I thank everybody for brevity in the debate and you, Madam Deputy Speaker, for your early days in the Chair.