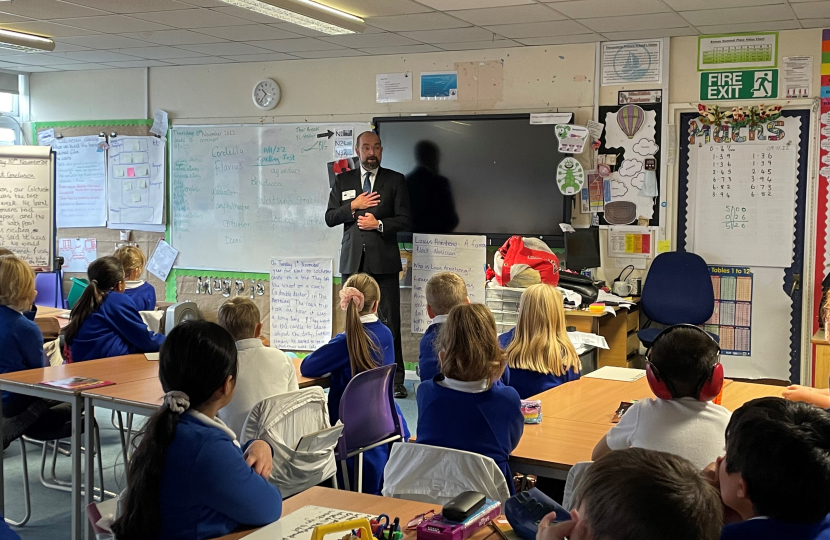 UK Parliament Week is an annual event, which this year is running from Monday 14th November to Sunday 20th November. It promotes engagement with Parliament through what it does and how people can get involved.

Sir James described his work as their Member of Parliament and as a Minister. He was quizzed on several issues by pupils and sought to understand the changes they would like to see in the local community.

“It was brilliant to see the pupils at Thorpedene Primary School getting engaged with how Parliament works and excited to discuss the issues that matter to them.

“The pupils were ready with questions ranging from how to become a Member of Parliament to improving local parks and addressing the war in Ukraine.

“As this is just the start of UK Parliament Week, there is still time to get involved. You can visit ukparliamentweek.org to order your free kit.