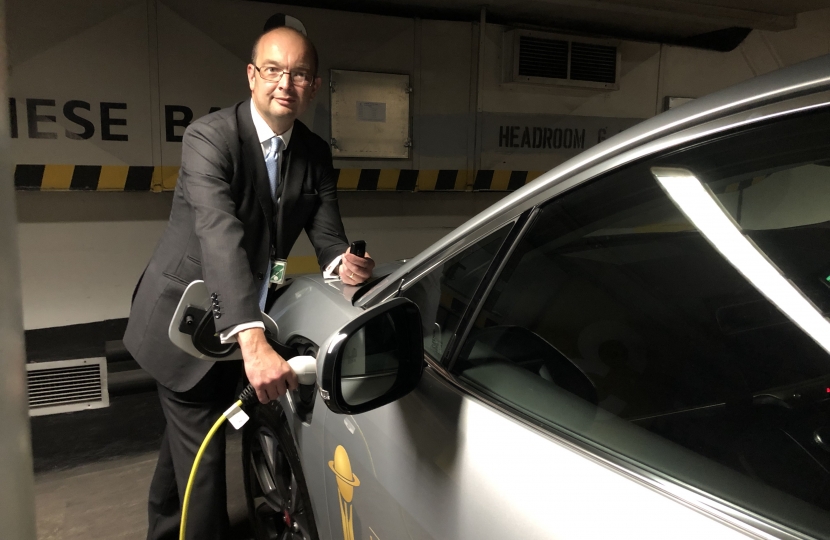 An MP is calling for an increase in the number of public charging points for electric vehicles in Southend as part of the town’s response to tackling climate change.

James Duddridge MP believes improving access to recharging stations, particularly for those without access to off-street parking, is key to creating a greener borough.

It comes as the Government announced it was bringing forward plans to end the sale of new petrol, diesel or Hybrid cars to 2035 at the latest.

Prime Minister Boris Johnson set out the plans as he launched the UN climate summit in central London on Tuesday.

James recently made the permanent switch from diesel to electric himself.

Now, the MP for Rochford and Southend East is calling for more public charging points to be introduced around the town to encourage others to do the same.

“The UK is leading the way with its response to climate change, and last year, a fully electric car was sold every 15 minutes.

“To increase the uptake further, we need to make owning an electric vehicle as easy as possible.

“We need to improve access to public charging points locally, so residents can feel confident that the infrastructure is in place.”