Majority of Southend residents back a dog-friendly beach 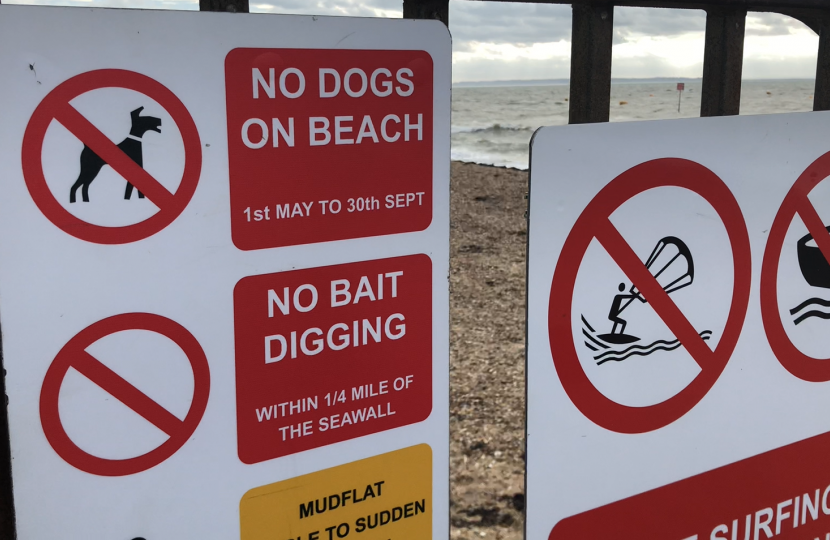 A public consultation by Southend Borough Council has found a majority of residents back the idea of a dog-friendly beach in the town.

It follows James' campaign for a review of the current blanket ban that bars dogs from all beaches during the summer months.

His call for a year-round dog-friendly beach was backed by more than 1,000 people as well as the UK's largest dog charity, Dogs Trust.

Now, the council says a majority of residents are in favour of the idea, with the findings of its consultation to be discussed at Cabinet next week.

It includes a recommendation to undertake further research and discussions regarding a proposed dog-friendly beach.

James welcomed the announcement on Tuesday:

The MP for Rochford and Southend East said:

“I am pleased that a majority of residents have backed the idea of a dog-friendly beach in Southend. Other popular seaside towns are already doing it, and I think having a designated zone for responsible owners and their dogs to enjoy all year round would be a big boost and give Southend another positive selling point.”