James Speaks out in Support for More Diversity in the Diagnosis and Treatment of Diabetes in Westminster Hall Debate. 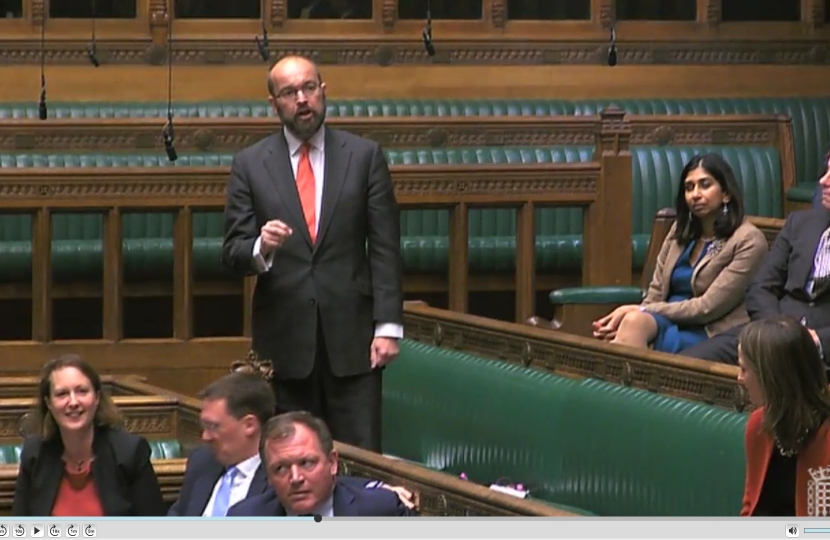 On Wednesday the 9th December Sir John Hayes, Conservative MP for South Holland and the Deepings secured a Westminster debate on diabetes.

During the debate, James congratulated Sir John Hayes for not only securing this excellent debate but noted that the contributions that had been made in the debate had shown the breadth of the issues faced by diabetics in and around the country.

James gave a very personal account of his own diagnosis and what has helped him manage his diabetes.

“I would argue that we need a lot more diversity and that there is no one-size-fits-all solution. Diabetes is complex. A distinction has rightly been made between type 1, type 2 and juvenile diabetes, and while I have not spent the time on it that others have, there is a medical case for making further divisions in diabetes, particularly within type 2, for reasons that I suspect we do not fully understand.”

Since being diagnosed, James has lobbied the government to be more ambitious in their approach to Diabetes.