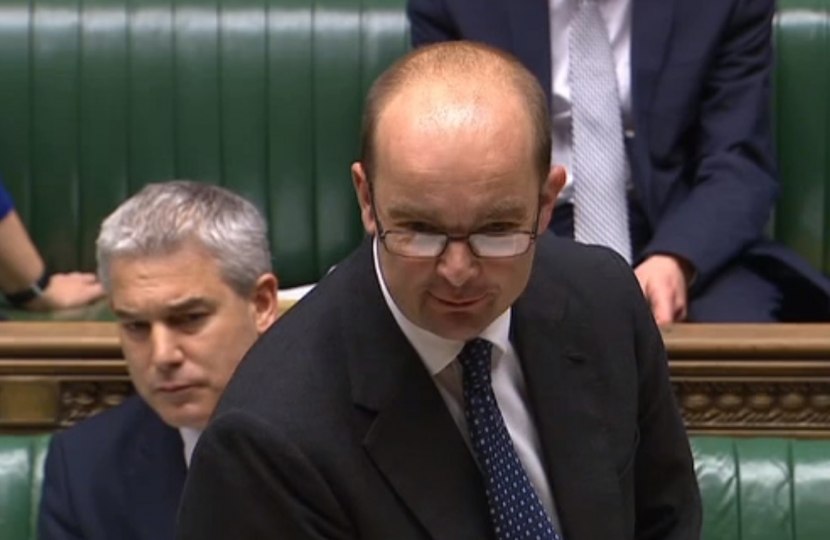 James Duddridge set out the government’s post-Brexit vision for local fishermen – such as those in Southend – on Thursday as he took questions from MPs in the Commons.

Speaking from the Despatch Box, the MP for Rochford and Southend East and Brexit Minister said:

“As we leave the EU we will be an independent coastal state and we will introduce our own independent fisheries policy.

“We’ll be able to control access and management of our waters. This present opportunities for the UK fishing industry and this Government is determined to make the most of these opportunities”.

The Brexit Bill – or EU Withdrawal Bill as it is formally known – was approved by MPs 330 to 231 in favour on Thursday.

The legislation paves the way for the United Kingdom to leave the European Union on January 31st – delivering on the promise made in December’s General Election.

Asked specifically about the Government’s support for under 10 metre fishing vessels after Brexit, James, who spent the week guiding the landmark legislation through the Commons, said:

“I can confirm that we will pay special attention to the 10-metre fleet, an issue I am aware of as a coastal MP in Southend we’ve got some under-10 metres down in Southend.

“I can also confirm as we leave the EU and become an independent coastal state, the Government will develop a domestic fisheries policy which promotes a fleet that is both profitable, diverse and uses traditional practices which protects stocks and protects our precious marine environment.”