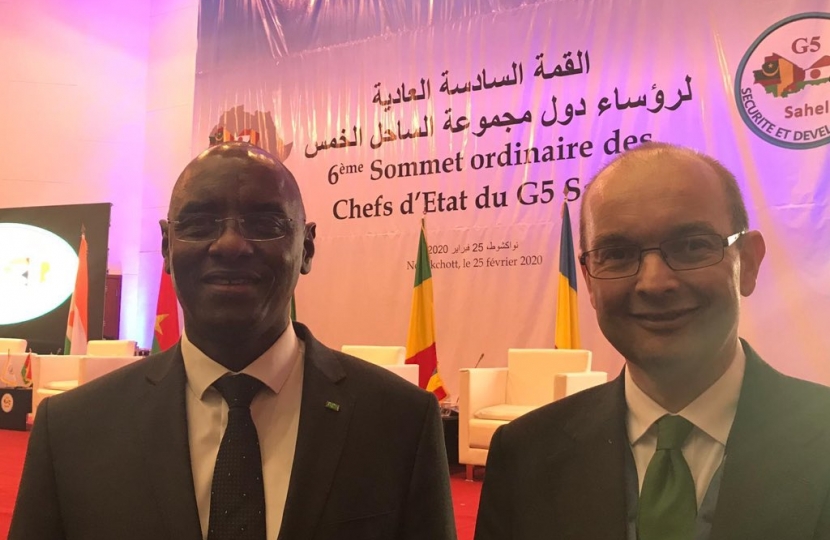 James Duddridge MP has completed his first overseas visit as Minister for Africa for the UK government where he promoted the UK's role in improving education for girls living in the world's poorest countries.

Often girls drop out of school around the world whilst boys get preference. The UK is working to give all girls 12 years of quality education.

Security in the Sahel was also on the agenda as the MP for Rochford and Southend East visited Mauritania in Northwest Africa last week.

It follows James’ appointment to the Foreign Office and Department for International Development earlier this month.

His responsibilities as Minister for Africa include: Sub-Saharan Africa, economic development and international financial institutions - such as the UK's relationship with the World Bank.

Speaking on his return, James said:

"Through UK aid, we are educating children living in conflict zones, like those in the Sahel, to help transform the world of tomorrow and ensure future generations thrive.

"People in Southend should be proud of the role the UK government plays in growing Africa out of poverty and taking a leading role around the world, predominately on  international development.”