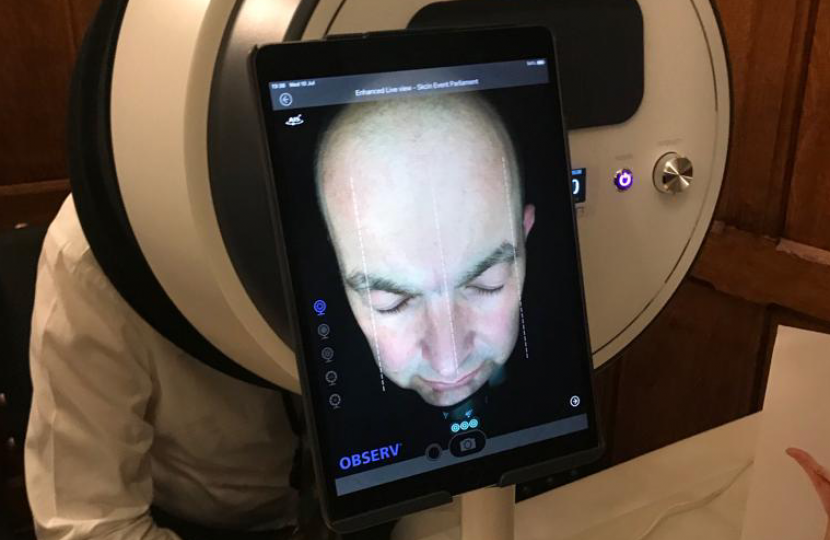 James Duddridge MP went for a skin health check as he took part in a campaign to raise awareness of the UK’s most common cancer.

The MP for Rochford and Southend East had his head and face scanned under a state-of-the-art Ultra Violet photo machine designed to highlight sun damage that is invisible to the eye.

Over the last 25 years, rates of melanoma in Britain have risen faster than any other common cancer. A massive 80-90% of all skin cancer cases in the UK are preventable by adopting sun safe practises.

Now, charity Skcin has launched the Facing the Sun campaign to raise awareness of both melanoma and non-melanoma skin cancer under the slogan “prevention is better than cure”.
Following his skin check-up in Parliament on Wednesday (10th July) James said:

“Skin cancer is the most common form of cancer in the UK and it’s of the upmost importance that we all take care to protect ourselves while out in the sun.

“It was fascinating to go under the scanner and hear from medical advisers who were able to talk me through the image and discuss  what steps can be taken to prevent sun damage occurring.”

For further information on steps you can take to stay safe in the sun visit www.skcin.org