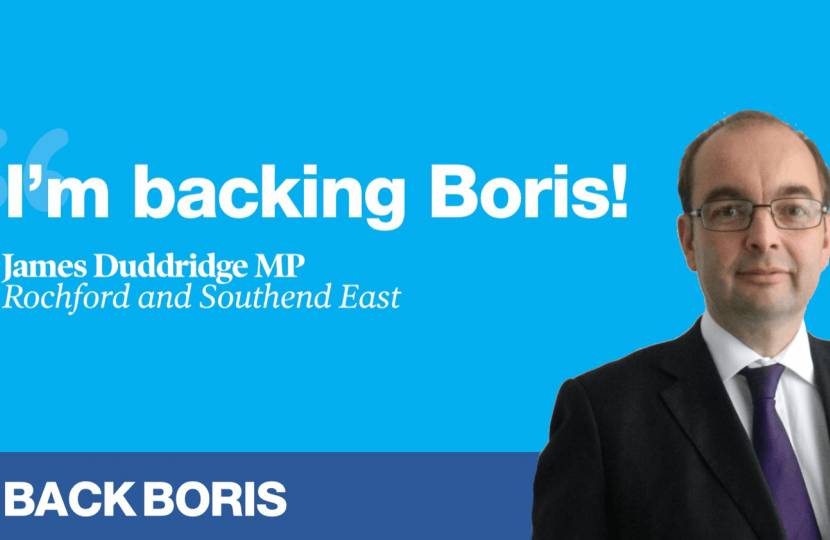 James Duddridge, the Member of Parliament for Rochford and Southend East, has announced he is supporting Boris Johnson to be the next Prime Minister.

After much careful consideration, James, a strong Brexit supporter, declared his backing for the former London Mayor on Monday.

It comes ahead of Theresa May's decision to resign as Prime Minister on 7th June 2019. A series of hustings and votes by Conservative MPs will follow to select two candidates, from which Conservative Party members will choose.

"Boris Johnson has a track record of winning. He has the leadership and ability to deliver a full Brexit that the people of Southend and Rochford East voted for in 2016. I believe he can reunite our country with a strong domestic agenda, enabling Britain to thrive outside of the European Union from October.  That’s why I am supporting Boris to be our next Prime Minister.”