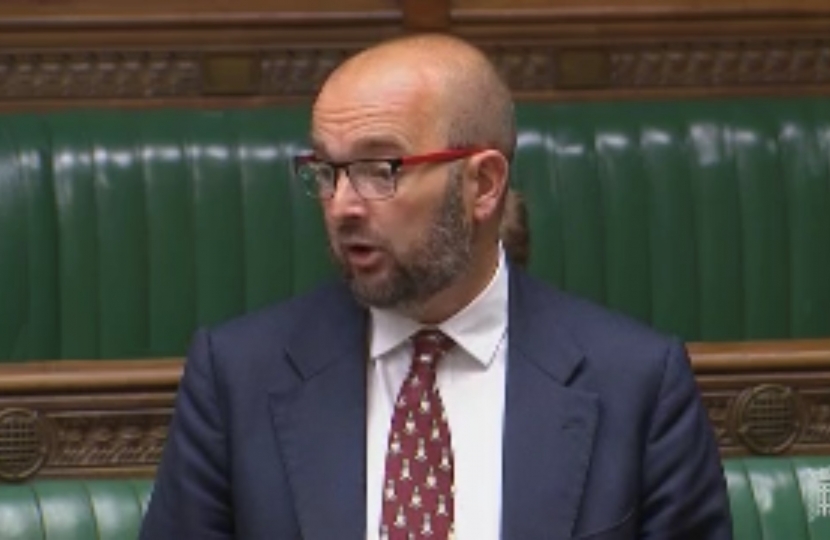 James Duddridge, Member of Parliament for Rochford and Southend East, has called for the extra £15.6 Billion that it would cost the taxpayer to extend the transition period for another year to be better spent.

During the Urgent Question on the cost of the Draft Withdrawal Agreement, James asked the Economic Secretary to the Treasury, John Glen MP,

"This modest extension, that is only a plan, will cost the taxpayer £15.6 billion."

"How will the Honourable Member explain that in Southend, Salisbury and Stockport? Couldn't we use the money slightly better."

"This extension to the transition period will clearly be at the expense of the tax payer. This money could be far better spent on our other priorities."

You can watch James asking his question at: https://goo.gl/bF3dBk