A bottle of whisky signed by Boris Johnson has gone up for online auction in a bid to raise funds for two suicide prevention charities.

The item has been put under the virtual hammer by local MP James Duddridge – who is fundraising for Southend Samaritans and the Rose Paterson Trust.

The Member of Parliament for Rochford and Southend East was handed the bottle by the Prime Minister last year following Brexit.

James served as the last Parliamentary Under Secretary of State at the Department for Exiting the European Union. 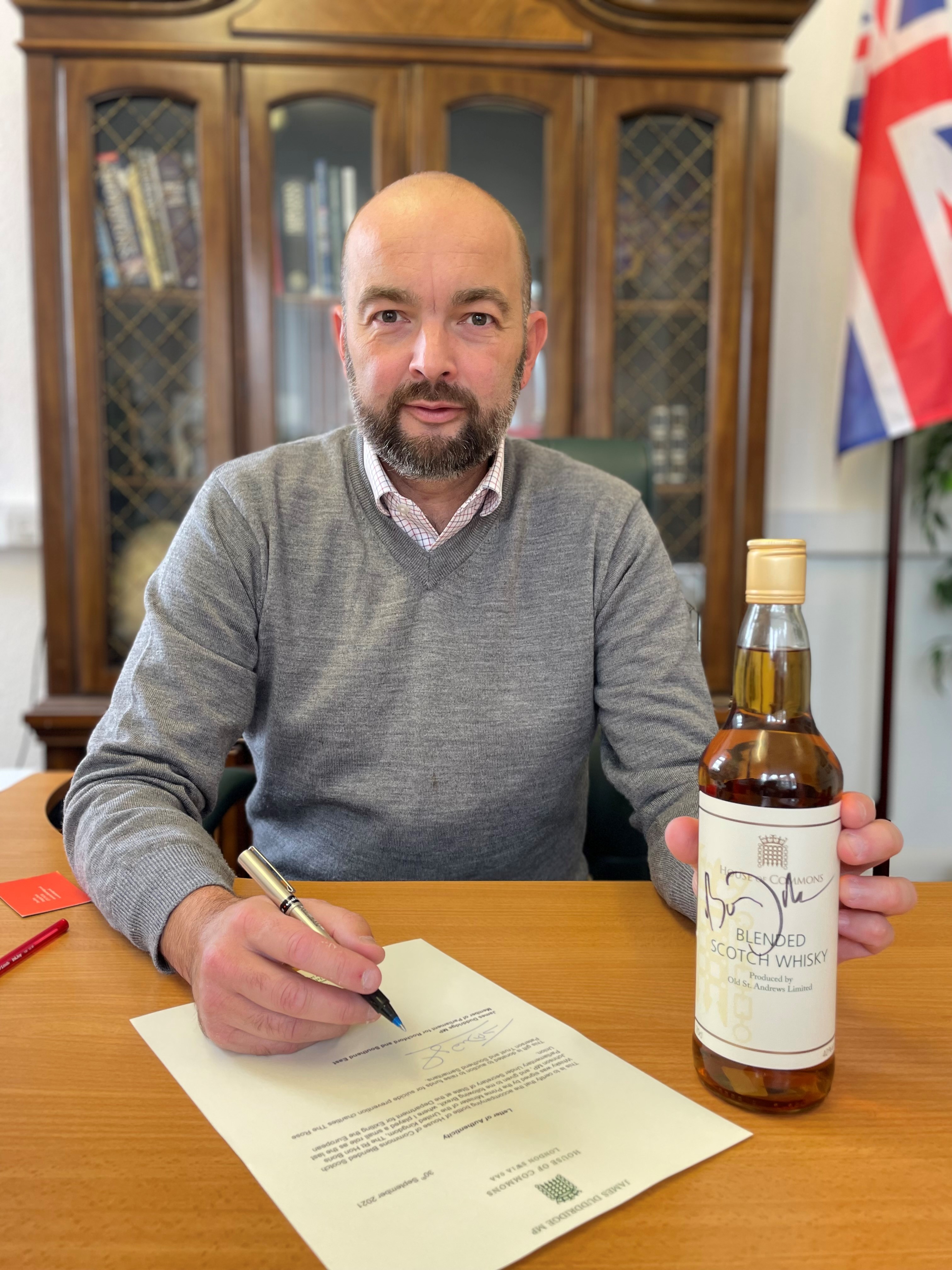 “I am delighted to be able to donate this bottle of House of Commons Whisky signed by the PM to help raise cash for two great causes,” James said.

“Boris gave it to me after we left the EU where I played a small role as the final Brexit minister, so it has a bit of history attached to it too.

"All the proceeds from this auction will be split between Southend Samaritans and the Rose Paterson Trust as part of my ongoing marathon fundraiser, so I hope it does well."

The signed House of Commons Scotch Whisky bottle comes complete with a letter of authenticity.

Bids should be emailed to james@jamesduddridge.com.