You helped to make "Back Boris" rally a great success 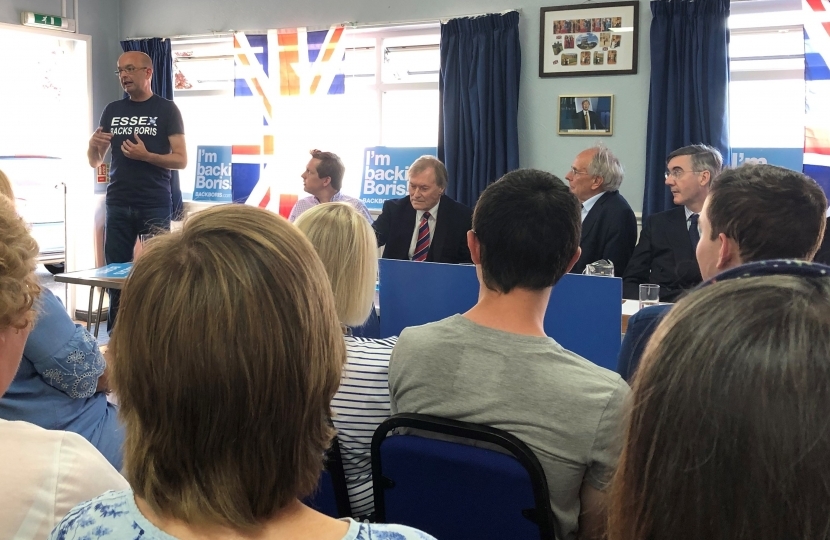 The Conservative Party leadership race will reach its conclusion at the end of this month and as wit any national election, campaigning for both candidates has been ongoing across the country.

Here in Southend, a "Back Boris" rally was recently held for Conservative members in South Essex. Jacob Rees-Mogg was the keynote speaker and he set out a positive case as to why Boris Johnson is the man to deliver Brexit, unite our country and return a Conservative majority at the next General Election.

I also spoke at the well-attended event, alongside Sir David Amess MP, Mark Francois MP, Tom Pursglove MP and a man who began his political career in Southend - who I'm sure is a familiar face to many residents - Peter Bone MP.

For those who don't know Peter, he is a fellow Eurosceptic who has represented the constituency of Wellingborough for more than 14 years. But his ties to this part of the world run deep.

Educated at Westcliff High School for Boys, he went on to fight his first election in Southend and was elected as a councillor in Blenheim ward back in 1977, where he served for 8 years.

He also served as deputy chairman of my neighbouring constituency, Southend West, for several years.

Thank you to everybody who came to the rally. It's always a pleasure to speak alongside a great set of MPs who really care about ensuring the party delivers its promise of leaving the EU.