"Wetherspoons at the Kursaal? Don't rule it out!" - James says 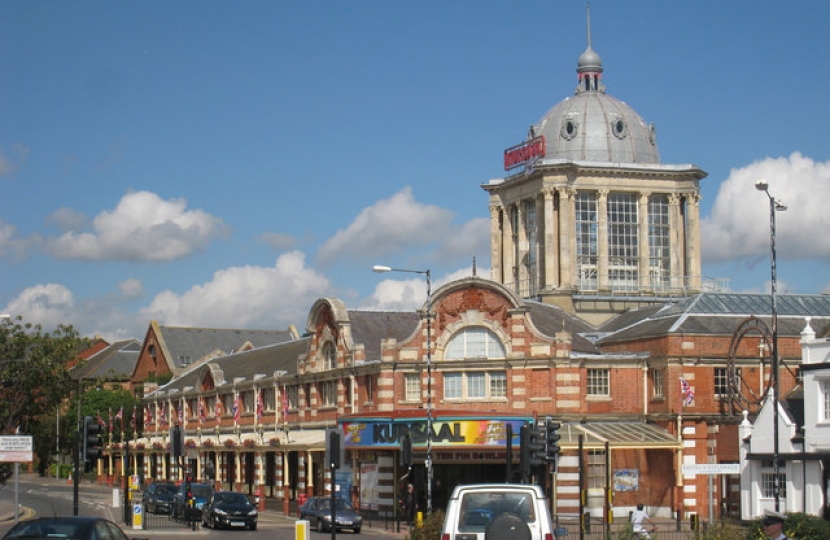 A petition to turn the Kursaal into a popular pub-chain should be taken into consideration, James Duddridge has said.

The MP for Rochford and Southend East believes all ideas should be considered, including the suggestion of a Wetherspoons.

The iconic venue along Southend Seafront has been closed since April and has remained unused ever since.

Its closure has sparked a lively debate around the town about what the famous landmark should be used for next, including a petition to turn it into a Wetherspoons pub.

Other ideas have consisted of a permanent museum for the “Prittlewell Prince”, a music venue and an ice rink.

Joining in on the debate, James said:

“The Kursaal is one of the town’s most famous landmarks and it saddens me to see it left empty and unused.

“Whilst the idea of a Wetherspoons may seem questionable at first, the pub-chain is known for preserving historic buildings and bringing them back to life.

“The Kursaal is such a large space so it may be wise to have more than one use for it, but I certainly wouldn’t dismiss the idea of a Wetherspoons.”

Residents can share their views on this and other matters by visiting www.TellJames.co.uk.