We all want to feel safe, so we’re delivering more police to protect you. 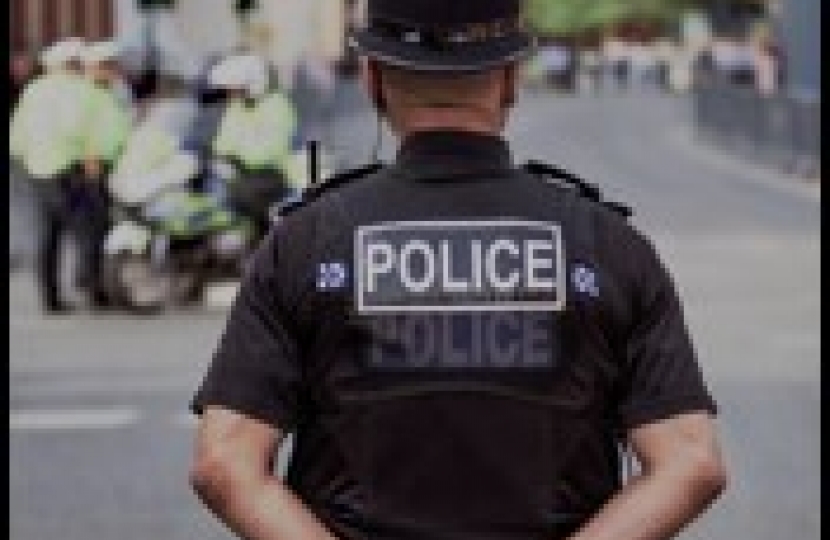 We all want to feel safe, so we’re delivering more police to protect you.

We all want to feel safe.

Whether that be in the homes that live in or when we are out and about in the town shopping, socialising or simply passing through.

Unfortunately, there are bad people in the world and that seek to cause harm. Which is why we need a well-resourced police force to both stop these people causing harm whilst ensuring that those who do cause harm are caught and put in front of the courts to face justice.

Of course, the threat to the safety has evolved over time and as such so does the police force. Today, there is more resource put into tackling terrorism, cybercrime and domestic abuse cases than ever before. These are essential for the police to have in order to keep law abiding citizens safe. Thanks to our town being a part of Essex Police we have excellent teams that keep us safe from extremism, safe online and safe from harm in our own homes.

I was pleased that in the last budget the Chancellor of the Exchequer, Phillip Hammond MP, recognised the importance of counter-terrorism policing and as such invested an extra £160 million into these teams. For us in Southend this is particularly important due to our excellent airport being a high value target for those that would mean to harm innocent people.

However, these relatively recent rise in need for these specialist teams should not detract from the fact that we need regular police officers on the street tackling crime that affects us every day. Last year I welcomed the Police, Fire and Crime Commissioner. Roger Hirst, to Southend and showed him around our town centre. He agreed with me that the safety of residents should always be a priority. Which is why he agreed to recruiting 150 additional Police Officers. I am pleased that those officers are now in post across the country keeping the law abiding residents of Essex safe.

At the time, Roger Hirst also promised another 150 officers to be recruited this year. But due to a new cash injection from central Government and more powers to raise fund Mr Hirst was given £54 million extra to invest in our police force this year. So he has revealed that he will not recruit 150 police officers this year, but instead recruit an additional 215 officers this year.

I am sure many residents will welcome the rise in police numbers. However, it is important that we don’t just have 365 Police Officers sitting behind desks doing paperwork. We need them out and about on the frontline. Which is why on top of these extra police officers Mr Hirst is proposing an additional 31 operational staff and 18 police support staff, helping these new officers in their duties.

This is in addition to the use of modern technologies to make it easier for officers to do their jobs on the beat. This includes the issuing of smart phones where officers can complete paperwork whilst out and about and also access live feeds of CCTV from across the town to be able to react to criminal activity before anyone even calls 999 to report it.

Last year, Cllr Jonathan Garston of Milton Ward and I walked around the town centre with Detective Chief Inspector Neil Pudney, Commander of Southend Borough Police. We were able to raise concerns raised by residents during a community meeting we had attended recently and were able to see first-hand this technology being used.

I am also pleased that in Southend Borough Council’s budget they have allocated more funds to expand and upgrade the CCTV network across the borough, which includes an investment in facial recognition cameras. These cameras will allow the police to know when a known criminal is in an area and allocate resources accordingly. These modern technologies make policing more efficient wasting less time trying to work out what has happened and more time catching the criminals responsible.

With these extra officers, better use of technology, and the partnership working that is happening between the Police, the Council and the Southend BID we are already seeing an improvement in areas such as the high street. I am confident that with the announcements that even more resources will be giving to tackling anti-social and criminal behaviour we will see this improvement develop further across the town. As such, we will all be that much safer in our homes and in our town.