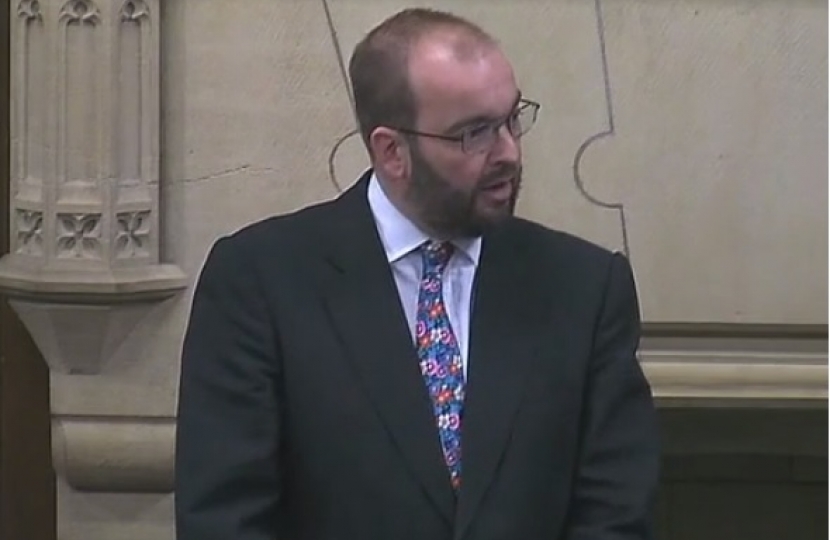 I beg to move,

That this House has considered UK relations with West African countries.

Before diving into the substance of the debate, I bring Members’ attention to my entry in the Register of Members’ Financial Interests. The reason for the debate was to probe the Government on their reaction to the recent election in Ghana, but in my mind, and I suspect in the minds of other hon. Members, the debate has somewhat morphed into a veritable tour de force of pan-regional issues. I hope it will be an opportunity for Members to delve into specific countries and highlight specific thematic trends and general trajectories across west Africa and the UK’s relationship with that region.

I start with Ghana, which I had the privilege of visiting relatively recently, alongside my hon. Friend the Member for Windsor (Adam Afriyie) in his role as the prime ministerial trade envoy to Ghana. That was a very interesting time. It preceded the election and built on the relationship I already had with a number of Ghanaian politicians, including Hannah Tetteh, the ex-Foreign Minister, on whom I heap praise for her work across the region. I felt a measure of sadness about the transition of people with whom I was used to doing business, but equally I am optimistic about the new Government, which is perhaps ideologically slightly more closely aligned to the Conservative party.

The new President, President Nana, has a strong team but does not have the benefit of Short money, as we would have here. I would urge the Minister to see what we can do to help the structure of Government in Ghana and addressing that country’s challenges.

One challenge is that of customs, with goods going in and out. There was a horrendous amount of corruption throughout the 20 processes. I did jokingly ask the excellent high commissioner Jon Benjamin to put in the diplomatic telegram that I had suggested at a number of points taking the head of customs to one side and shooting him by way of example. Clearly, that is not something that I would literally encourage, but such was the need for shock therapy in Ghana. I hope the new Government of Ghana will take the opportunity to engage in that challenge.

I saw a number of good companies, including Blue Skies, which provides fruit to the UK. As well as praising my hon. Friend the Member for Windsor in his trade role, and praising the ex-Foreign Minister for Ghana, and Jon Benjamin the high commissioner, I thank the high commissioner here, Victor, who was very good in exposing issues around the region and introducing me to west African colleagues based in the United Kingdom. I wish him well in his future.

Perhaps the view from the Foreign Office and the Minister is that Morocco is part of north Africa, but it looks towards west Africa more and more. Only this January there was a Ghanaian-Moroccan economic summit in Accra to look at how they could do business. The King of Morocco has reached out to west Africa ​over a number of years for trading relationships. I note that Morocco was reported in the African press as having the numbers to formally enter the European Union—sorry, not the European Union! That was a Freudian slip. It meant to say that it has the numbers to enter the African Union, which I think would plug a gap that has far too long been an anomaly in the African Union, notwithstanding Western Sahara.

One of the advantages of the Minister’s new role is that, for the first time in recent times, north Africa has been linked up with the rest of Africa. Over the past 20 years, our UK Government ministerial response to Africa has been disjointed and spread, wrongly, across a number of Departments. Sometimes that was for good reason and sometimes it was just for historical reasons. The reunification in the Foreign Office of Africa is positive, and I will come on to describe other trends and changes that I would like to encourage in the Foreign Office in relation to the structure of Government. The role carried out by my right hon. Friend the Member for Welwyn Hatfield (Grant Shapps) for a number of years is probably the right role in terms of Government structure, with Ministers operating across the Department for International Development and the Foreign Office wholly dedicated to the African continent.

It would be odd not to mention in a debate on west Africa the topical issue of Gambia. I particularly praise the Minister for going down and visiting the crisis centre and also for the way in which he let everyone know about it. I compliment him on his Twitter feed, which showed a video of him giving a speech praising the excellent work that they do in the basement of the Foreign Office, looking after British citizens when there is an international crisis. That is excellent work and it is brilliant that he could visit and publicise it.

West Africa is not often in the popular press, but Gambia started to hit the Daily Mail and The Sun. I was uncomfortable with some of the things that I read and the characterisation of the new President as the “ex-Argos security man”. There was more than a whiff of colonial snobbery to that. No one has ever described me as the guy who used to stack the shelves at Bejam’s, which preceded Iceland, but I am indeed the same person. Simply because of the nature of people’s view of Africa, that is how they described the new President, an entrepreneur whom I am sure will make a great President. Gambia cannot go the way of Mali with security and migration, which the prime ministerial envoy to the Sahel so ably dealt with. That role has sadly not been refilled, but it is very difficult to find someone of the skillset of Stephen O’Brien.

I note that Nigeria is offering refuge to the retiring, or ousted, President of Gambia. That is difficult and somewhat distasteful, but it is the practical and effective thing to do. I ask Members to reflect on providing soft landings to other leaders as and when it comes about. By no stretch of the imagination can one consider Zimbabwe part of west Africa, but there are parallels, not only for Nigeria but for other countries, in relation to soft landings for exiting world leaders.