Time to choose our next Prime Minister 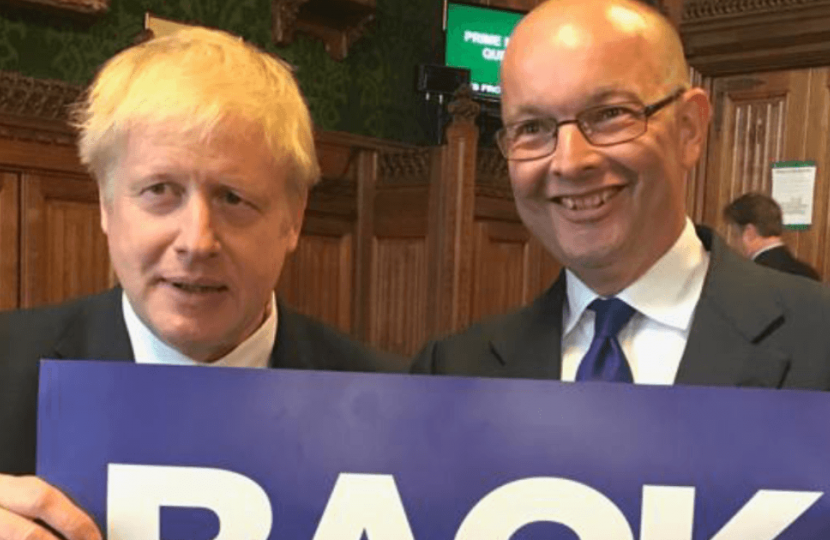 They say a week is a long time in politics and it can be hard to keep up with what is going on in Westminster, so I wanted to take the opportunity to explain the current leadership race – because it’s important for everyone, not just the Conservative Party.

As you know, Theresa May resigned as leader on 7th June 2019. Since then, 13 candidates put themselves forward to replace her. This number was whittled down following a series of hustings and votes by MPs until just two remained – Boris Johnson and Jeremy Hunt.

As a Member of Parliament for over 14 years, I have worked closely with both men during my time in government and on the backbenches. From my experience, both are worthy candidates – but this leadership contest is about who is best placed to deliver Brexit, so we can restore trust in our politics and unite our country once again.

If you follow me on social media, it will come as no surprise when I tell you that I believe that person is Boris Johnson. Whilst I understand that everyone will have different opinions, I believe he has the energy, imagination and resolve to deliver the Brexit that many constituents in Rochford and Southend East voted for. I also think that Boris has a better chance of winning any subsequent General Election which will be essential to deliver Conservative Agenda.

But, Members of Parliament are only responsible for the shortlisting of the candidates. It is the members of the Conservative Party who will have the final vote on who becomes leader, and our next Prime Minister.

They have begun to receive their postal ballots and will have until 5pm on 22nd July to return their vote. The winner will be announced a day later, with the transition to Prime Minister expected to take place on the afternoon of 24th July.

I am always happy to hear the views of constituents, so if you would like to get in touch you can email me via james@jamesduddridge.com or call the office on 01702 616135.