Spring Statement: Cutting taxes for families and businesses across Rochford and Southend East 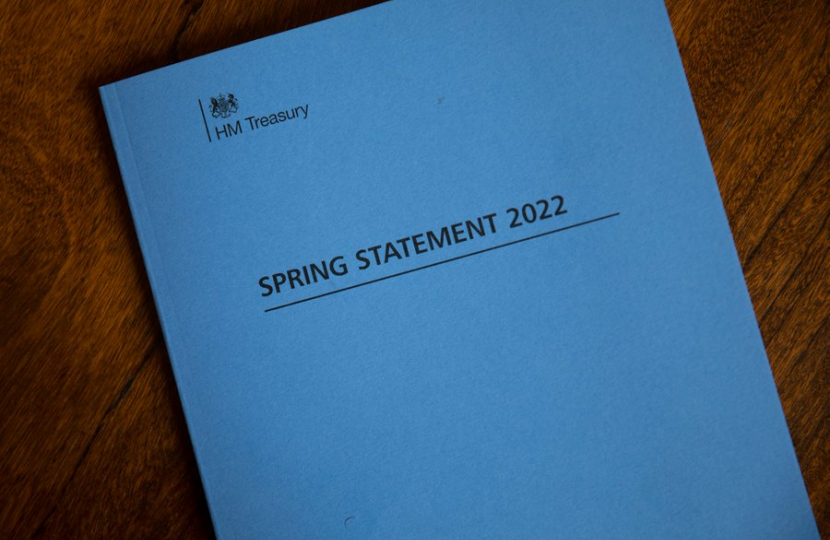 The Government’s plan to reduce and reform taxes – including cutting fuel duty by 5p and reducing income tax – has been welcomed by local MP James Duddridge.

The Member of Parliament for Rochford and Southend East said the measures, announced by the Chancellor on Wednesday (23rd March), would deliver immediate relief for cost-of-living pressures.

In his Spring Statement, Rishi Sunak announced fuel duty would be slashed by 5p for 12 months – saving car drivers £100 and van drivers £200.

The National Insurance personal threshold will also rise from £9,500 to £12,570 from July – delivering the largest increase in a starting personal tax threshold in British History.

From 2024, the basic rate of income tax will also be reduced to 19p, delivering a tax cut worth £5bn for over 30 million workers, pensioners and savers.

“I know many residents are feeling the pinch, which is why I welcome the Government’s Tax Plan announced by the Chancellor today.

“Cutting fuel duty, cutting the basic rate of Income Tax and cutting National Insurance for 30 million workers will mean people can keep more of what they earn, offering immediate relief to cost-of-living pressures.”

“It is only because this Conservative Government is taking the tough but responsible decisions that we can announce taxes are being cut and debt is falling.

“Today’s new Tax Plan will help families with the cost of living, create the conditions for private sector-led growth, and share the proceeds of growth fairly.

“We are delivering the biggest net cut to personal taxes in over a quarter of a century, and that is only possible because of the disciplined approach to public spending that only a Conservative government can provide.”

You can read the Spring Statement here.