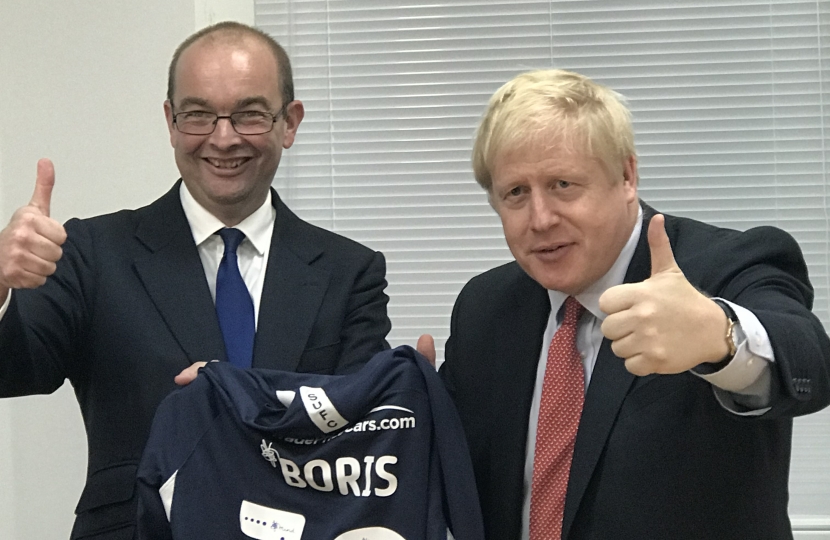 Boris Johnson is now the proud owner of a personalised Southend United shirt as he backed James Duddridge in the forthcoming General Election.

The Prime Minister was handed the Blues’ home strip – complete with the Number 10 – by the MP for Rochford and Southend East on Monday (4th November).

James, who has represented the constituency since 2005, will once again stand as the Conservative candidate in the 12th December poll.

On Saturday, he officially kicked off his General Election campaign from Southchurch Park with the help of local Conservative members.

“I’m pleased to have the backing of the Prime Minister as well as the Rochford and Southend East Conservative Association ahead of the General Election next month.

“Once we have delivered Brexit, I hope Boris will join me at Roots Hall in his new Southend United shirt to cheer on the Blues.”