Sir James Duddridge MP to return to the back benches 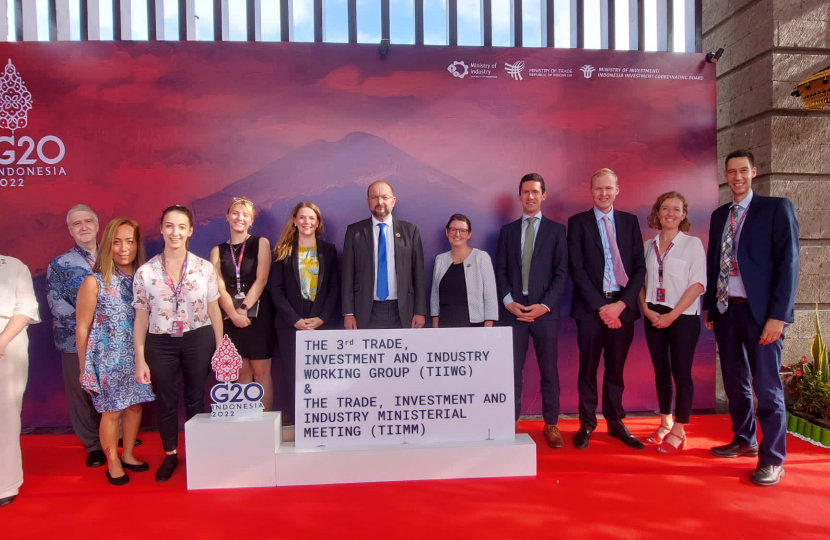 Sir James Duddridge KCMG, Member of Parliament for Rochford and Southend East, will return to the back benches following his departure as Minister for International Trade.

Sir James was appointed by the former Prime Minister, the Rt Hon Liz Truss, as Minister of International Trade in September 2022. Sir James’s previous roles in government include Minister for Africa and Minister for Exiting the European Union. Additionally, Sir James has served twice as Lord Commissioner of HM Treasury.

Following his appointment, Sir James represented the United Kingdom at Bali's G20 Trade, Investment and Industry Ministerial Meeting. He visited Ipswich-based Frugalpac as they showcased their pioneering paper bottles, which they export across the world.

“I am disappointed to be asked to leave government and my role as the Minister for International Trade. Since joining the department, I have had the pleasure of representing the United Kingdom in Bali and helped champion the benefits for local businesses through trade deals.

“Now is the time for us all to come together as a party. I look forward to returning to the back benches to support the Prime Minister and continue to represent my constituents of Rochford and Southend East in the House of Commons.”