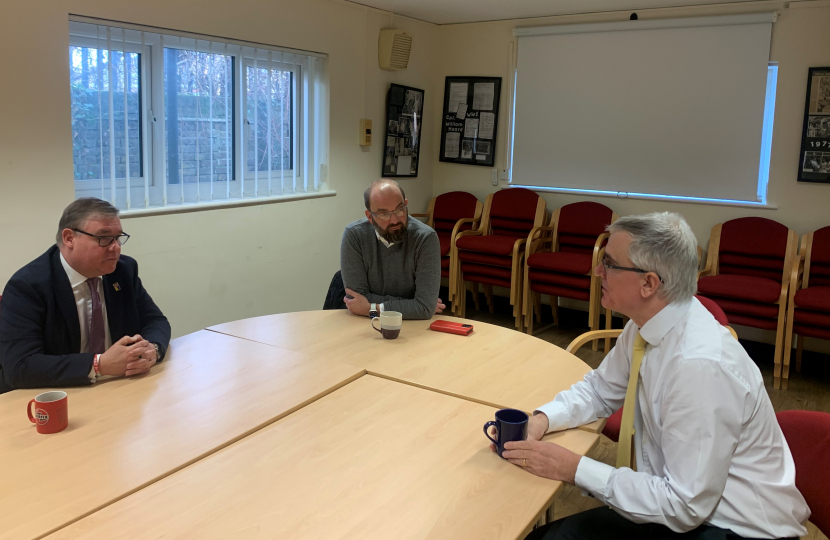 Mr Osborne updated both Members of Parliament on the current pace of the site clearance, which remains on track. To date, 438 lorries have left the site, with all the current material due to be removed, allowing for testing and the subsequent reopening of the school, if the results show this can be accomplished.

Regarding the delivery of teaching from Monday, 9th January, Mr Osborne outlined that using Gaynes School, Upminster, would no longer be feasible and that since the New Year, space has become available at Cecil Jones Academy for Year 11 and Year 13 students to receive face-to-face teaching.

"As local MPs we had a very constructive discussion with Mr Osborne about the progress in clearing the remaining rubble from the demolished site, so that it can then be tested to ensure that no further asbestos is found.

"I will continue to support all efforts to try and ensure that The King Edmund School safely reopens on Monday, 23rd January.”

“I am reassured that clearance of the site remains at pace and that the planned reopening of the school on Monday, 23rd January is on track.

“I am in regular contact with the Department for Education and Mr Osborne as we work to get the school open, and students back in their classrooms as soon as possible.”