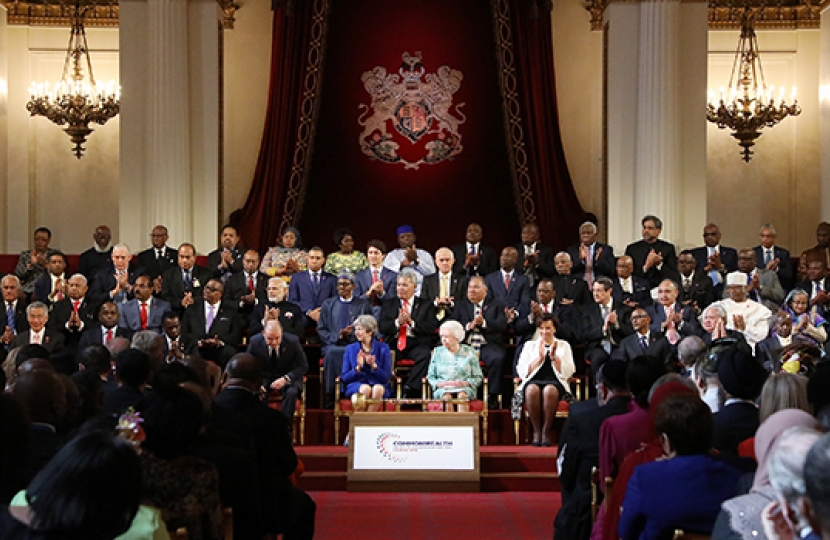 An MP’s diary is always very full.  We attend constituency events, host surgeries, attend debates in the House of Commons, the list goes on.

However, this week saw my diary being particularly full as the UK played host to the Commonwealth Heads of Government Meeting (affectionately known as CHOGM), in which presidents and foreign ministers of the 53 Commonwealth nations gather together to discuss and tackle the important issues facing our world today.

As the Chair of the Commonwealth Parliamentary Association, and the former Foreign Office Minister for Africa, I was invited to join the UK’s parliamentary delegation to the summit.  This was a fantastic opportunity to really engage with the themes of the summit, fairness, sustainability, security and prosperity, and discuss with individuals from across the Commonwealth how we can promote these values in our ever-changing world.

The week opened with a reception on Monday evening, which celebrated British culture and its influence from across the Commonwealth.

The Duke of Cambridge was in attendance, and teased guys all that we would see lots of ‘his family’ this week.

Tuesday saw all delegates join together for a plenary event which was packed full of exciting speakers and announcements, including Bill Gates.

The Prime Minister was also there, and I was delighted to hear her announcement that £212 million would be invested in education for women and girls across the Commonwealth, encouraging prosperity and economic empowerment through education and innovation.

After we leave the EU, the Commonwealth countries will be natural economic partners, and I hope we are able to use this unique opportunity to forge closer ties for that post-Brexit world.