"More police on our streets set to tackle gang crime" 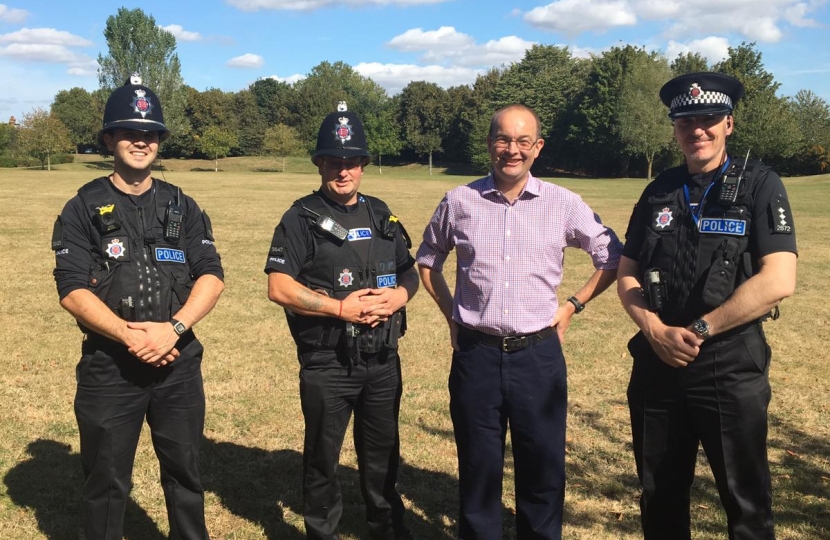 "Brexit continues to dominate the headlines and things are moving very quickly in Parliament. But amidst the drama in Westminster, my day-to-day work as both a Minister at the Department for Exiting the European Union and MP for Rochford and Southend East continues.

Recently, myself and fellow Essex MPs including Sir David Amess sat down with the Chief Constable of Essex Police Ben-Julian Harrington to get an update on policing in our county. Several important issues were raised including violent crime to county lines.

We also discussed the share of police officers Essex is set to gain following the official funding announcement by the Chancellor. The Government is providing an extra £750 million to begin the recruitment of 20,000 new police officers nationally, ensuring forces have the resources and powers they need to keep our streets safe.

In our county, Essex Police Fire and Crime Commissioner Roger Hirst has already put 150 new bobbies on the streets following an increase in funding from council tax in 18/19. Essex Police is also in the process of recruiting a further 215 police officers and 50 police staff by the end of March 2020.

In June, the force’s passing out parade was a modern record with 73 new officers, 25 of which were women, joining the frontline - more police on our streets is fantastic news, so this latest announcement is a real boost for our town, and I look forward to welcoming the recruits over the coming months.

In the meantime, throughout this political high-drama I will continue to assist residents. So, if you are a constituent and need my help, please get in touch by emailing me through james@jamesduddridge.com or by calling my office 01702 616135."