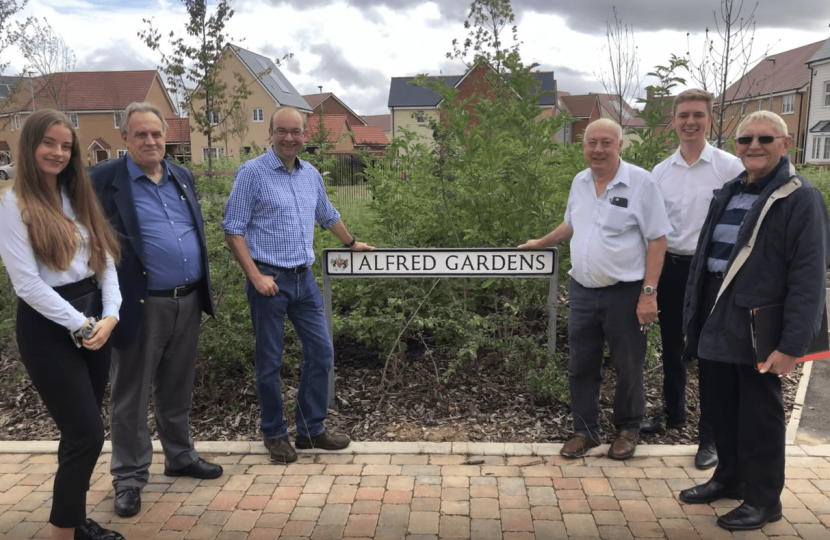 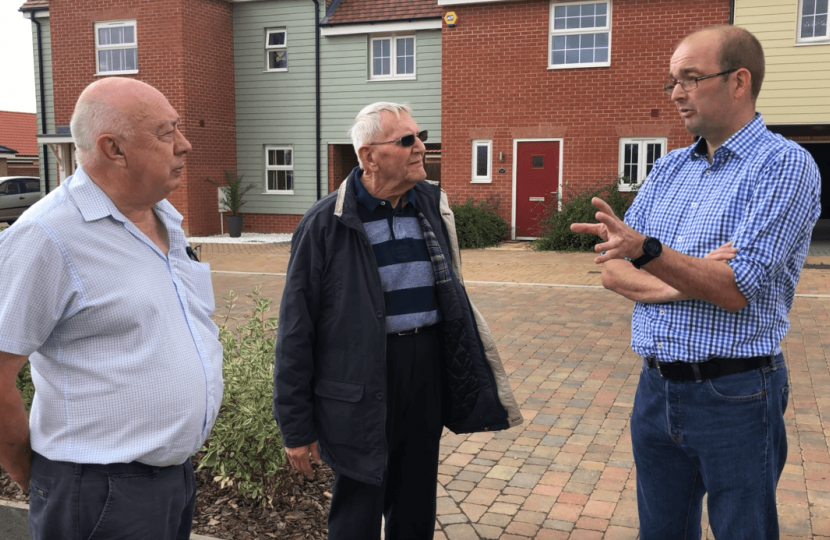 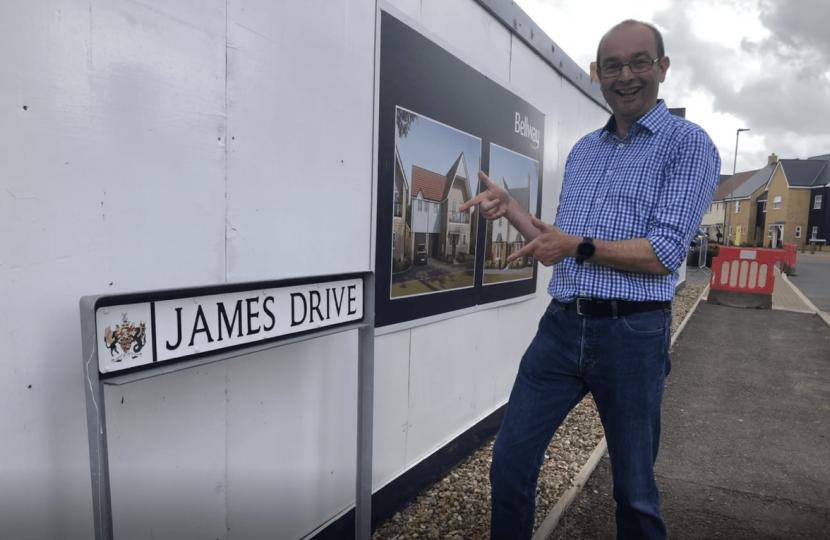 Residents living on a new housing development in Rochford were given the chance to quiz their MP during a recent "street surgery" hosted by James Duddridge.

The Rochford and Southend East MP spent Friday morning (9th August) knocking on doors around the housing complex off Hall Road to meet with those who had recently moved in.

Constituents were able to put their questions directly to James, who was accompanied by Rochford District Council leader Mike Steptoe as well as Roche South councillors Mike Lucas-Gill and Arthur Williams.

Despite a gloomy forecast, the rain held off for the visit which was deemed a success by those involved.

"I like to make my MP surgeries as accessible as possible so rather than asking people to come to me, I decided to go to them and visit their street.

"Most residents living here seem to have come from the local area and it was good to see them settling in. Some have been here 18 months, others only moved in a couple of weeks ago.

"As ever, I look forward to working hard for these constituents and wish them all the very best in their new homes."