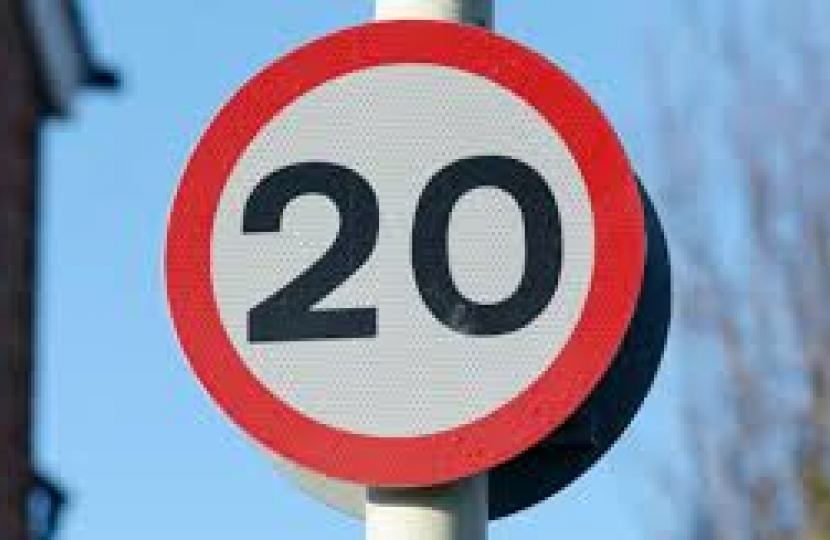 The reaction was prompted amid reports Southend Borough Council was considering the idea.

While James supports traffic calming measures where appropriate, such as outside schools, there is insufficient evidence to suggest 20mph restrictions in residential areas reduce accident rates or average speeds.

There are also concerns that driver compliance with 20 mph limits is low. A survey by the safety charity Brake found that 52% of UK drivers admit to driving at 25mph or faster in a 20mph speed limit and eight out of 10 drivers “ignore” the limit.

“Of course we want our roads to be safer, particularly around schools, but the idea of a one-size-fits all 20mph speed limit in every road across the whole of Southend is ludicrous.

“With little evidence to show that 20mph limits have any impact on speeding or reducing accident rates, proceeding with this idea would be a colossal waste of money at the expense of Southend residents – who will be left to foot the bill.

“Speeding is an offence, and those caught speeding will be dealt with appropriately, but this proposal is ill-thought-out and should be dismissed immediately.”

“This proposal would not see the light of day under a Conservative-led administration. Yet, we have a Labour-run council, propped up by Independent councillors, who seem hell-bent on making the life of Southend residents a misery.

“Southend Conservatives support making our roads safer and our town greener, but this is not the way to do it and we will join James Duddridge MP in fighting against this 20mph proposal every step of the way.”

Eligible residents urged to get flu vaccine this winter

James Duddridge MP is urging residents across Southend and Rochford who are eligible for the flu jab to get one this winter, as the Government launches its drive to vaccine 30 million people.