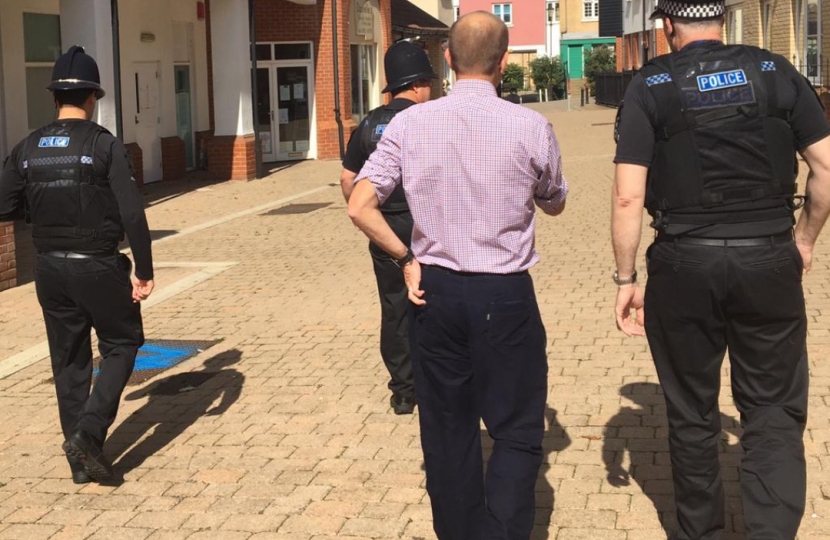 James Duddridge MP got a first-hand taste of life on the beat as he went out on patrol in Rochford with the new town centre policing team.

The Rochford and Southend East MP spent the afternoon with officers on Friday (13th September) as part of the force's "Give a Day to Policing" initiative.

James was keen to meet the new team which formed in July following an increase in funding advocated by the MP himself.

Their role is focuses on tackling community concerns, including drug dealing and anti-social behaviour as well as work closely with local businesses and support groups to get to the root causes of issues.

The MP walked with officers along one of their regular patrol routes to get a feel for the work they are doing.

"It was great to go out on the beat with this new team of police officers and see for myself the important work they are doing to keep us safe.

"I was impressed with the professionalism of all the officers I met and thank them for the work they are doing.

"This team is a fantastic addition to Essex Police which has seen 150 new officers hit the streets from an increase in funding in 2018/19 with a further 215 police officers in the process of being recruited by the end of March 2020."