James Duddridge MP stands with the Premiers of Anguilla, Montserrat and The Virgin Islands during Hurricane Irma 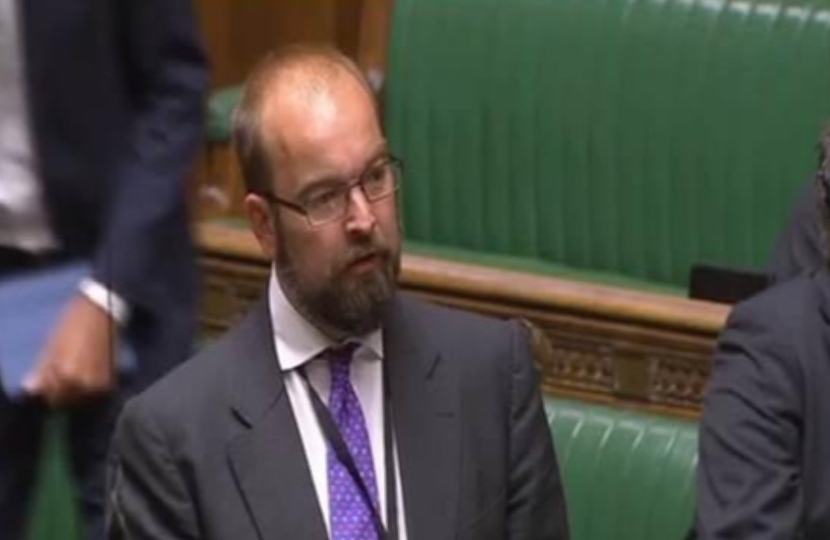 Local MP James Duddridge Member of Parliament for Rochford and Southend East stands with Premiers of Anguilla, Montserrat and The Virgin Islands during Hurricane Irma and seeks reassurance from Alan Duncan, Minister of State at the Foreign and Commonwealth Office on the funding problems faced by middle-income small island states during environmental disasters.

On Thursday 7th September, the Minister of State at the Foreign and Commonwealth Office, Alan Duncan made a statement in the House of Commons regarding Hurricane Irma.

James Duddridge MP for Rochford and Southend East attended and spoke in the Urgent Question session in the house. He informed the Minister and the house of his efforts to reach out to the Premiers of Anguilla, Montserrat and The Virgin Islands who have been severely affected in the wake of Hurricane Irma to no avail. James has a close working relationship with the three Premiers which he has developed through his Ministerial role at the Foreign Office.

In his question to the Minister, James highlighted the lack of funding in small islands like Anguilla, Montserrat and The Virgin Islands (that are categorised as middle-income status) face in the wake of environmental disasters such as Hurricane Irma.

To view the video of James' question and the Minister's answer click here.

My thoughts go out to people such as Victor Banks, Orlando Smith and Don Romeo, whom I worked closely with and have been trying to contact. Does this immediate crisis not highlight a conundrum? While the overseas territories have preferential treatment and first call on the DFID budget, the nature of middle-income status does not recognise the real environmental risks that small island states have. How can the Minister leverage his time at DFID and the Foreign Office to ensure that that little conundrum can perhaps be solved under his time and service?

Alan Duncan, the Minster of State at the Foreign and Commonwealth Office acknowledged James service as Foreign Office Minister and said:

May I first acknowledge my hon. Friend’s service as a Foreign Office Minister. He has great knowledge of this field. He is really asking me to dissect and explain, or even give an intellectual thesis on, what one might call the “ODA conundrum”, in which some cases qualify for overseas development assistance funding but not others. When it comes to hurricanes and typhoons, the argument may well be, “We wish you had spent money in advance,” and so on. I am sure that greater thought will be given to the issue, but DFID will do its utmost with the resources it has to address need wherever it is able to do so.