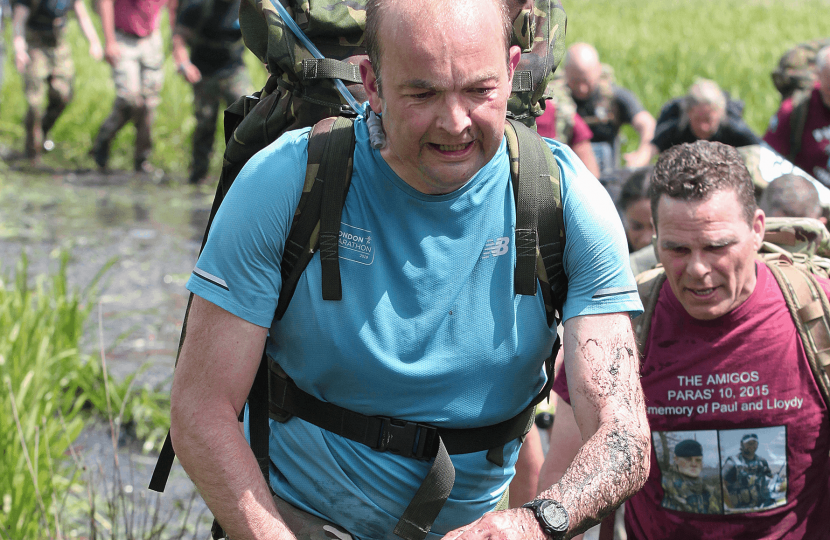 Fresh from this year’s London Marathon, James Duddridge, Member of Parliament for Rochford and Southend East, has completed his latest challenge.

James joined more than a thousand people at the Colchester Garrison on Saturday (18th May 2019) to replicate the Parachute Regiment’s toughest fitness test.

The brutal Paras’ 10 course is what recruits must complete if they want to successfully join The Parachute Regiment and Airborne Forces.

Paras are expected to finish the route in 1 hour and 50 minutes while reserve Paras are given two hours.

James was able completed his run in two hours and 16 minutes.

“The Paras’ 10 course was incredibly tough, both mentally and physically – but I was pleased to be able to complete it in full.

“It was great to experience a small part of the high standards required to be part of the Parachute Regiment.”

Last year James signed up to the Armed Forces Parliamentary Scheme to gain first-hand experience on the role the military plays in the United Kingdom.

During the scheme, MPs take part in a number of activities such as sharpshooting and military strategy and tactics.