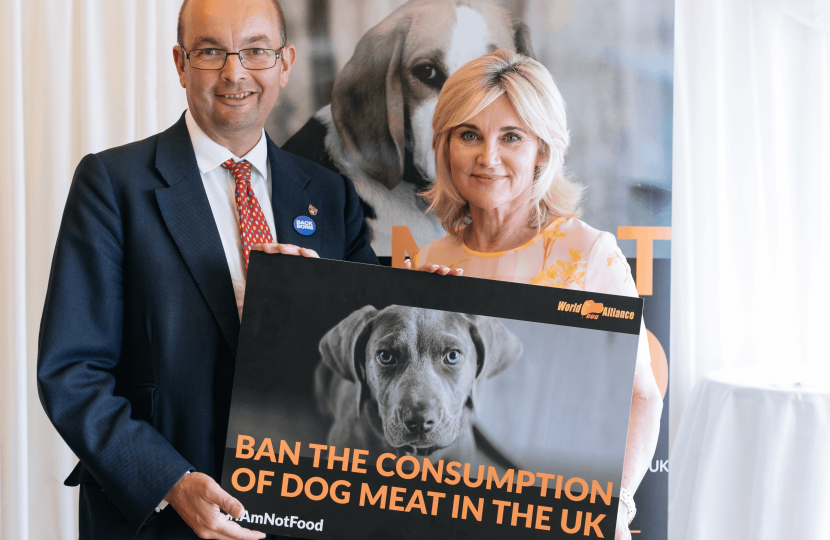 James Duddridge MP has backed a campaign calling for a ban on the human consumption of dog meat in the UK in order to send a powerful message to the rest of the world.

The Rochford and Southend East MP recently joined over 30 other Parliamentarians to call for an end to practice alongside the World Dog Alliance.

Around 30 million dogs are consumed around the world every year. Many of those are kept in abhorrent conditions and tortured before they are slaughtered for their meat.

In the UK it remains illegal to sell dog meat - but it is currently not against the law to consume it. By closing that loophole campaigners hope it will encourage other countries to act too.

After giving his backing to the campaign alongside fellow MPs and World Dog Alliance supporter Anthea Turner, James said:

"The horrific torture and killing of dogs for human consumption is barbaric and wrong.

"Britain has a proud history of pursuing higher animal welfare standards and has already influenced other countries on policies such as trophy hunting.

"By joining the likes of the US, Taiwan and Austria in making it illegal to eat dog meat - we can encourage others to act against this awful practice too."