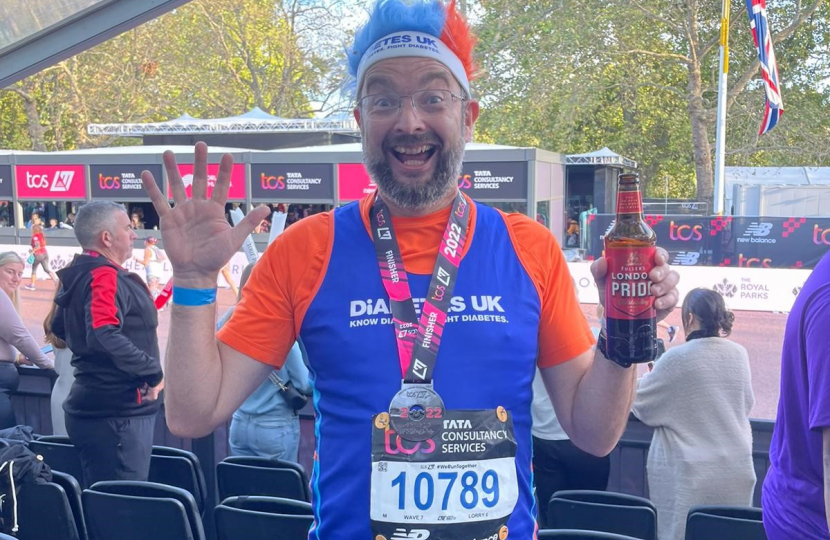 James Duddridge MP has raised over £1,500 for Diabetes UK after completing his fourth London Marathon on Sunday.

The Member of Parliament for Rochford and Southend East completed the iconic 26.2-mile route in five hours and fifty minutes.

In August, James announced that he would run this year’s London Marathon on behalf of Diabetes UK.

As a type 3c diabetic, who injects insulin daily, James is eager to help raise awareness of this often misdiagnosed form of diabetes.

“I would like to personally thank all those who supported, both myself and Diabetes UK.

“I am proud that I was able to raise over £1,500 for such a fantastic cause, which will go directly to support those with diabetes and help increase awareness of type 3c.

“While my training regime may have been lacking this year, and my legs now are aching, it is such a great feeling to cross the finish line of this iconic marathon for charity!”

On Tuesday 8th November 2022, the Boundary Commission for England published its Revised Proposals for consultation for the upcoming 2023 boundary changes.