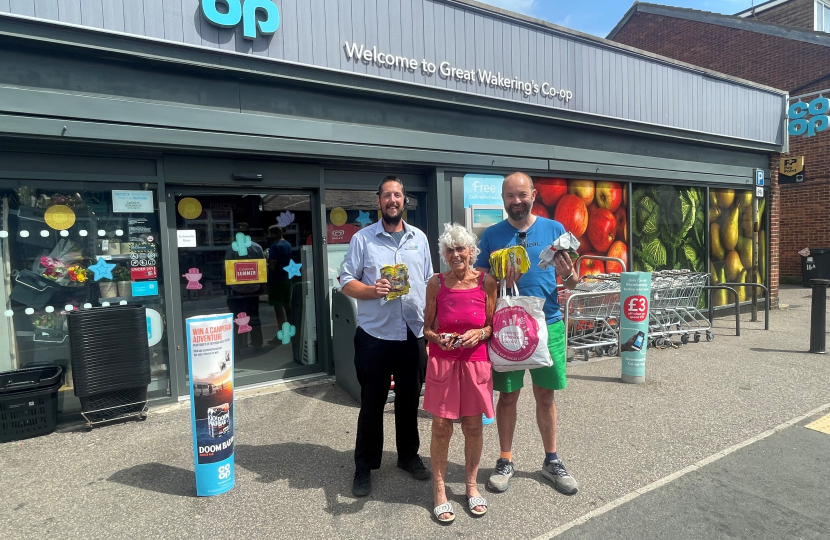 Unlike paper and tins, flexible plastics, such as crisp packets, are not currently recyclable through household collections.

However, dozens of supermarkets across Southend and Rochford are now offering to collect these items at the front of their stores.

It’s part of a nationwide campaign, backed by over 3,500 stores, to make flexible plastics easier to recycle at scale.

Supporting the campaign, James recently deposited two years’ worth of crisp packets collected over lockdown, to the recycling point in Great Wakering’s Co-Op.

“It is important that we make as many people aware that soft plastics, such as crisp packets, can’t actually be recycled through home waste collections.

“That’s why I have come here to Co-Op in Great Wakering, one of 3,500 supermarkets taking part in the scheme, to deposit crisp packets that the Duddridge household collected over lockdown, ensuring they will now be recycled.

“This campaign follows on from the Walkers Crisp Packet Recycling Scheme, which has seen millions of recycled crisp packets transformed into things like plant pots and park benches.

“I’d like to personally thank Barbara for her work locally in supporting this recycling scheme, she’s done a tremendous job, and I would encourage more residents to get recycling!”

James Duddridge MP visited the University of Essex’s Southend campus to see first-hand the education opportunities on offer to students.