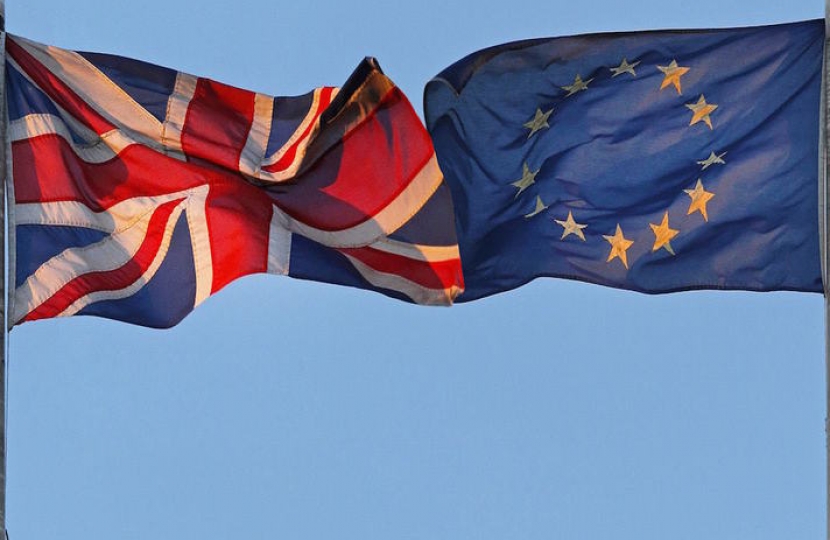 The Conservative Party has its new leader, the country has its new Prime Minister and Boris Johnson is wasting no time in getting our country back on the road to a brighter future.

I am delighted to have been asked by the Prime Minister to serve in his new Government as the Parliamentary Under Secretary of State at the Department for Exiting the European Union.

The 2016 EU referendum was a vote for change. Parliament put the decision into the hands of the public and the public decided we must leave the EU. As somebody who campaigned for Brexit, I share the frustration of many constituents that we still have not yet left.

However, the prize is within reach and, with Boris’ can-do attitude, we have a leader who sees Brexit as a positive opportunity and not as a damage limitation exercise. Between now and October 31, we will work hard to seek a great new deal for Britain, but we will also be prepared to leave without one, so we are ready for Brexit no matter what.

I am feeling positive about our country’s future, which moves beyond Brexit and includes 20,000 extra police officers on the streets to keep us safe, and more money for front line NHS services.

Thank you to everybody who has sent good wishes since my appointment was announced. Constituents should know that while it is a privilege to serve in government, I will continue to speak up for them as their MP.