General Election: James thanks voters as he secures his biggest ever majority 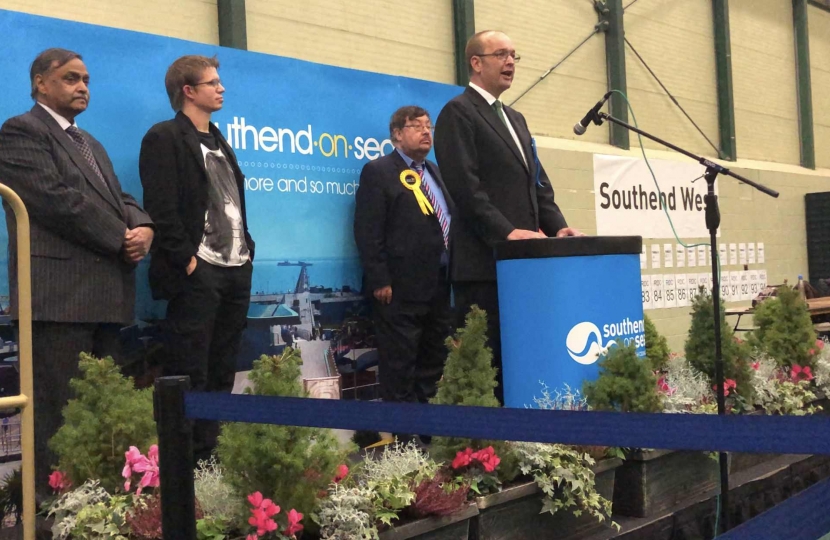 James Duddridge MP has thanked voters in Rochford and Southend East for re-electing him to represent them in Parliament for the fifth consecutive time.

James secured 58.7 % of the vote in Thursday’s General Election poll, his biggest ever majority.

He has also thanked over 100 volunteers who helped knock on doors, deliver leaflets and stuff envelopes throughout the six-week campaign.

It’s the biggest Tory majority since 1987.

“I am extremely grateful to the people of Rochford and Southend East who came out to vote for me on Thursday.

“It is an honour to be heading back to Parliament following my fifth-consecutive election victory – but this time with my biggest ever majority.

“I will continue to work hard for everybody in Rochford and Southend East, whether you voted for me or not!

“Top of the agenda is getting Brexit done – and I look forward to taking the withdrawal agreement through the House of Commons in my ministerial role at the Department for Exiting the European Union.

“I must also thank everybody who braved the wind, rain and cold to support and help with this six-week election campaign.”