Education Funding Southend: James makes a speech on the future funding for schools in Southend 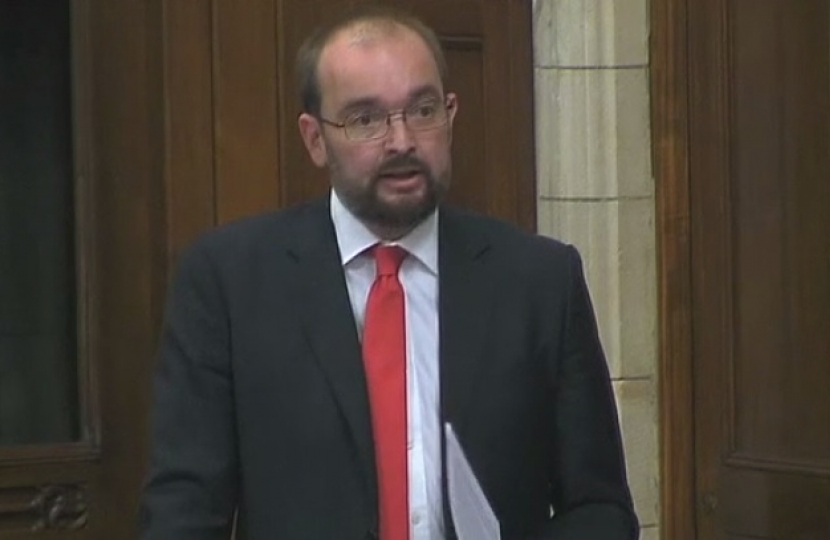 I congratulate my hon. Friend the Member for Southend West (Sir David Amess) on his contribution and on initiating the debate. I particularly welcome the Minister, who is a beacon of stability in a Department in which Secretary of States can come and go. I was an Education Whip during the Minister’s first incarnation as an Education Minister, and it is good to see him back in his proper place as a beacon of stability within that Department.

I welcome the consultation, but for us, NFF stands more for national funding failure than national funding formula. I gently say to the Minister that, if the consultation does not result in changes, it will not pass through the House. My hon. Friend has said that he will not support it; I—as somebody who loyally supports the Government—will not support it if the funding formula does not change, both in relation to Southend and more generally. I agree with the principle of a national funding formula. I understand that an eighth of Government spending is on education so it cannot be an area that we do not look at and review, but it cannot be right that Southend is, as my hon. Friend said, one of four areas in which every school loses out—the only area to do so outside London. That seems wholly unacceptable.

The budget pressures are great. Some 80% to 90% of budgets go on staffing, while pensions and national insurance contributions are rising faster than the rate of inflation, whether measured by the retail prices index or otherwise. These are very difficult times. Schools do more now than they did in the past; year after year, schools are expected to do more with less. It is not just about cutting the obvious things. The excellent headteacher of Hamstel Infant and Nursery School, Mrs Clark, wrote to me to demonstrate that there would be a massive impact on that school’s ability to do what it was already trying to do, and that it was being asked to do more under the funding formula. That is typical of all the other primary schools. Other schools have already reduced the number of older staff, who are more expensive, and have replaced them as they retire early or at the right time with cheaper, younger employees.

If the NFF goes ahead, it will lead to redundancies. Learning support assistants will be made redundant and non-core subject teachers will be made redundant in virtually every school, including Southend High School for Girls, Cecil Jones Academy, Shoeburyness High School, St Bernard’s High School and Futures Community College, in addition to all the primary infants schools. I know that the funding formula does not apply to special needs schools, but there are parallel issues there as well. In addition, we have grammar schools that are underfunded and would benefit from a higher level of basic funding. At the moment, the position is untenable.

I welcome the capital expenditure that the Government are facilitating. I also welcome the work on opening out grammar schools. Roughly 100 grammar school pupils come from the Thurrock unitary area, which is represented ably by my hon. Friend the Member for Thurrock (Jackie Doyle-Price), who cannot speak for herself in the Chamber given that she is a Government Whip. Putting more grammar schools in Thurrock would help Southend, in that more local people—people in not only the Southend postcode but Great Wakering and the broader Essex and Thurrock area—would come in.​

The Government must do something. They could do something on the area cost adjustment and on the London allowance. Lots of people will not come into Southend from an area in the outskirts of London where they could be paid more. The Government could do more on funding grammar schools, on transitional arrangements and on arrangements for bulge groups going through, which they are in secondary schools. Without doing that work and without Members of Parliament being on board, the proposals simply will not and should not get through the House of Commons.