Boost electric vehicle charging in Southend to future-proof our town 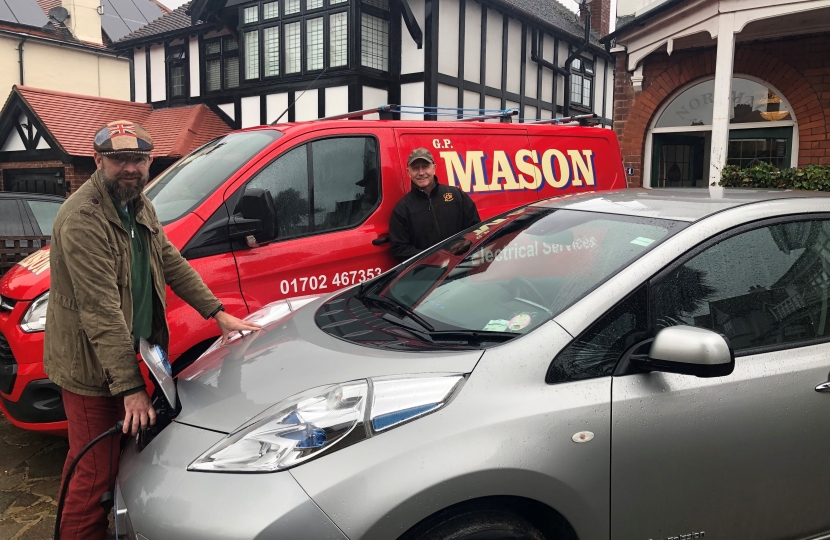 James is calling for a boost in electric vehicle infrastructure in Southend to make the town “fit for the future”.

He wants the local authority to take advantage of Government schemes to improve the number of public vehicle charge points available to residents - particularly those without access to private parking.

Official figures show that Southend is currently in the bottom 20% of local authorities, with just 15 public electric vehicle charging devices, only two of which are rapid charge-points.

The Government recently announced that the sale of new petrol and diesel cars and vans will be phased out by 2030, and, from 2035, all new cars and vans must be zero emissions at the tailpipe.

To support this ambitious target, the Government has announced £1.3 billion of support to accelerate the rollout of charging infrastructure.

In 2019, James made the switch from diesel to electric himself when he purchased a second-hand electric Nisan Leaf.

“With traditional petrol and diesel vehicles being phased out in the years ahead, it’s imperative that every driver is given the opportunity to switch to an electric vehicle.

“This means we need to provide access to reliable and affordable charging infrastructure, particularly for those who do not have their own driveways, estimated to make up more than a third of the population.

“I do hope that with the Government support that is available, the Council will be able to boost the number of public charge points available in Southend, making our town fit for the future.”

Those interested in owning an electric vehicle can find out more about the Government support available by visiting: www.gov.uk/plug-in-car-van-grants