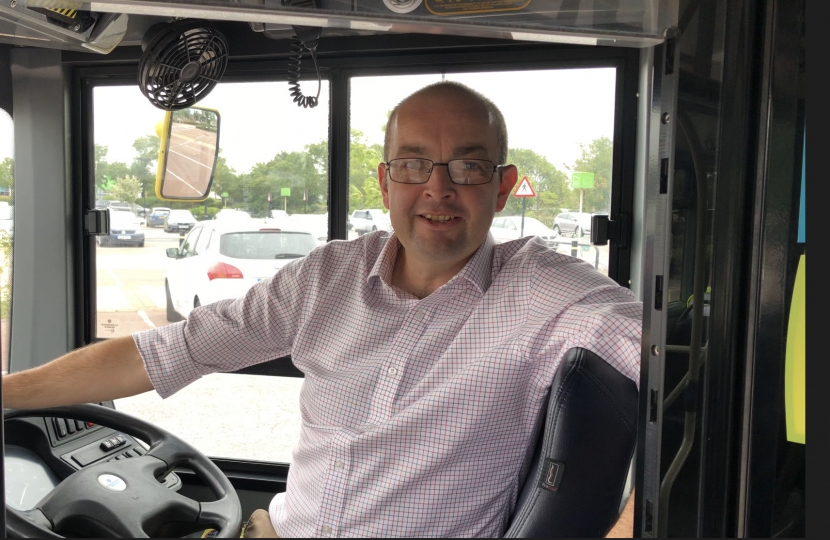 Arriva Bus is to amend its Number 7/8 timetable after James Duddridge MP raised concerns about its "confusing" layout on behalf of residents in Great Wakering.

People in the village contacted the MP during his own bus surgery tour of Rochford and Southend last month after being left miffed by the timetabling.

The old schedule suggested there was a Number 8 bus from Great Wakering Church on weekdays at 09:04, when, in fact, this was not the case.

The confusion meant those wishing to use the service were sometimes left standing at the bus stop for a length of time.

But, after pressure from James, the bus company has agreed to republish the timetable, making the times of buses much clearer to read.

Speaking on Monday, the MP for Rochford and Southend East said:

"People rely on these bus services to get from A to B so it is important the timetables are accurate and easy to read.

"After being visited by constituents during one of my surgeries in Great Wakering, I saw for myself how the timetable could be easily misread.

"Arriva has been very responsive and agreed to republish the timetable in much clearer format and I thank them for taking fast action to fix the problem."