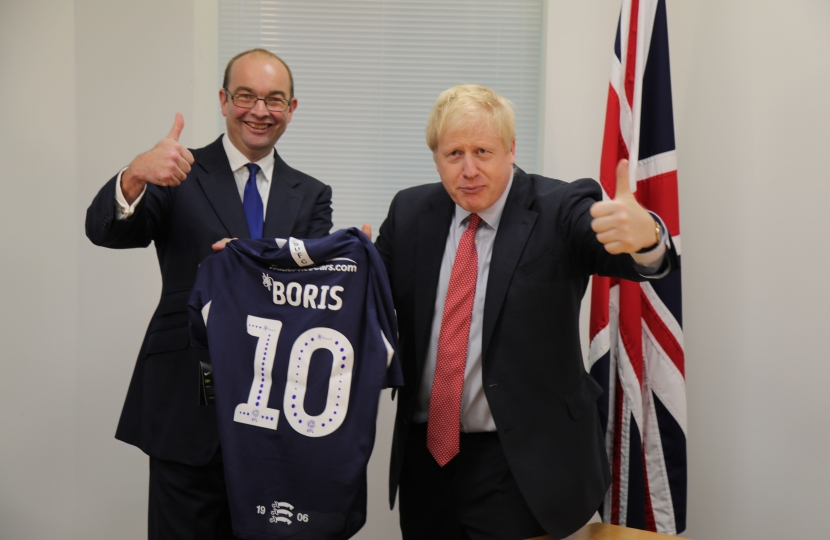 Sir James Duddridge is the Member of Parliament for Rochford and Southend East.

Born in 1971, Sir James lives in Southend with his wife Katy, their two young sons Tom and Henry, their daughter Mary and their three cats. 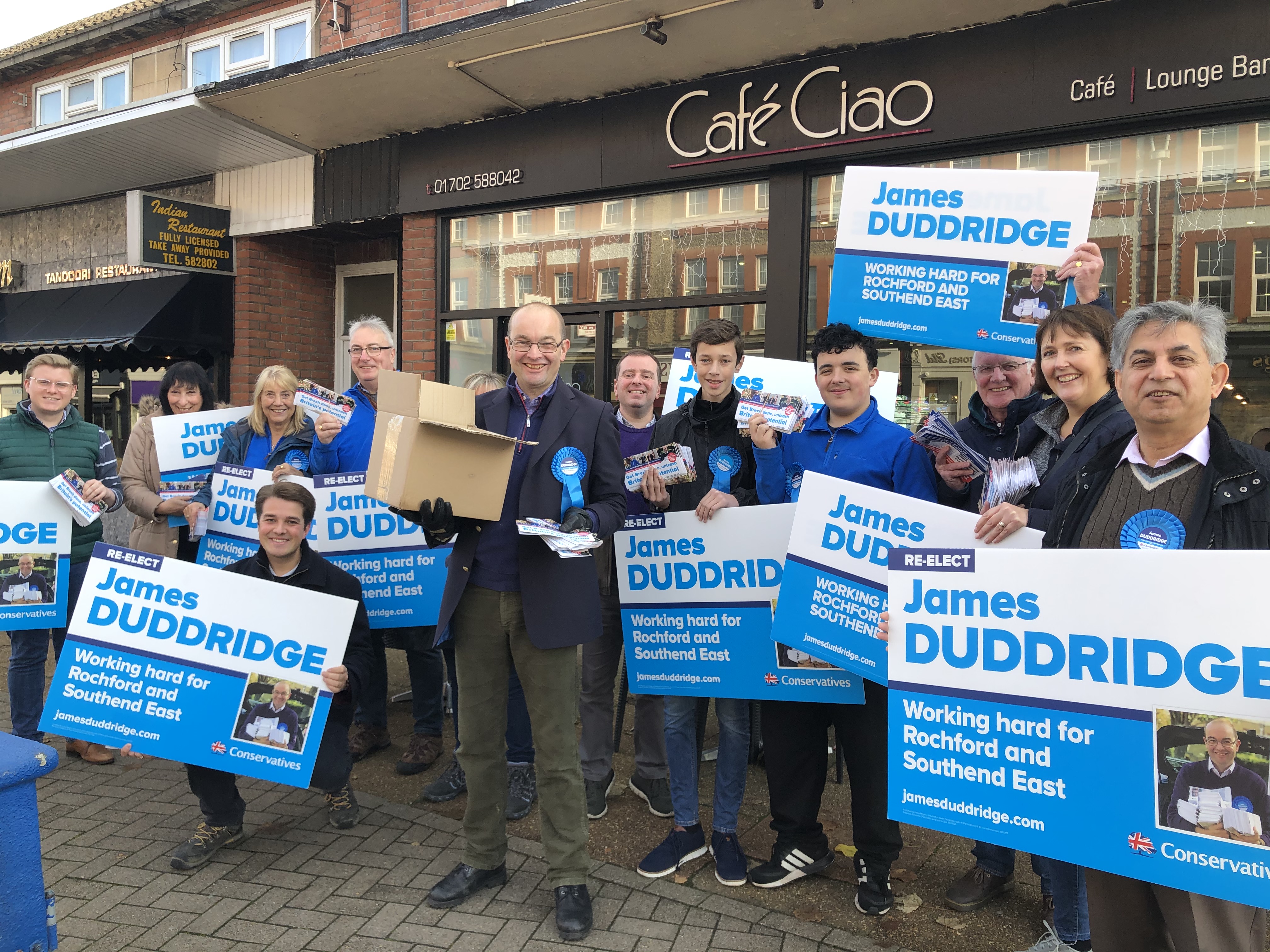 In 2019, Sir James was re-elected with his biggest ever majority.

Upon leaving Essex University, Sir James went on to pursue a successful business career in the private sector. He was a banker with Barclays in the City of London and Africa for 10 years, rising to National Sales Director on the Ivory Coast and eventually running the bank’s operations in Botswana. He was also a founding member of the highly successful national polling firm YouGov.

Prior to entering the House of Commons in 2005, Sir James fought the Labour stronghold of Rother Valley in the General Election in 2001, achieving a 5% swing in his favour.

In 2008, Sir James was appointed to David Cameron’s front-bench as Opposition Whip with responsibility for the Department of Work and Pensions and the Cabinet Office. In December 2008 he was promoted within his role as Opposition Whip and was responsible for the Treasury department.

Following his re-election in May 2010, Sir James was appointed a Lord Commissioner and Government Whip with responsibility for the Foreign and Commonwealth Office and Department of Education. In October 2011 Sir James moved departments to become Home Office Whip. Sir James returned to the back benches in September 2012.

Sir James was appointed by the Prime Minster as a Minister at the Foreign Office between August 2014 and July 2016. His responsibilities included Africa, Overseas Territories and the Caribbean.

Sir James campaigned in favour of Brexit during the EU referendum campaign. In 2019, he was appointed as a Minister at the Department for Exiting the European Union and was part of the team who delivered Brexit on 31st January 2020. 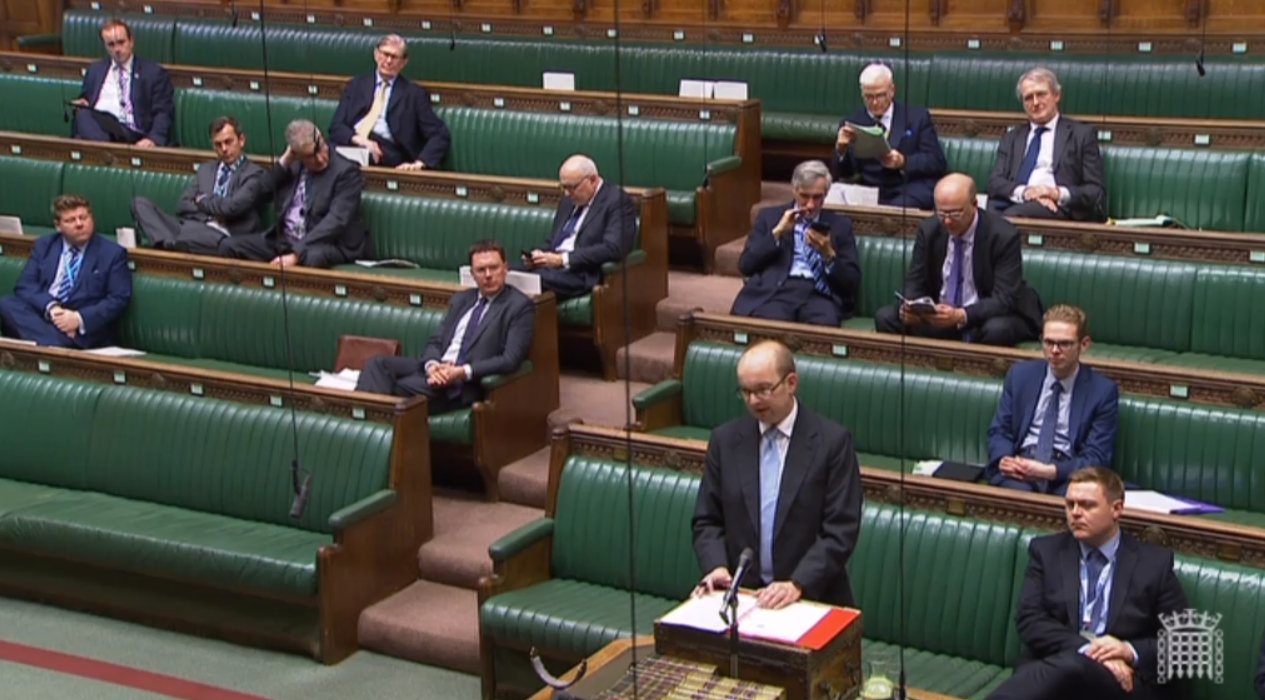 Sir James was part of the team that got Brexit done.

Following a brief spell on the back benches, Sir James was appointed Parliamentary Under Secretary of State in the Foreign and Commonwealth Office and the Department for International Development on 13th February 2020 – a position he held until September 2021.

He served as the Prime Minister's Parliamentary Private Secretary between February 2022 and July 2022.

In his spare time, Sir James takes a keen interest in sport. In 2019 he ran his first London Marathon, completing the 26.2-mile route in 4 hours and 36 minutes, raising £3.407.07 for Havens Hospices. He has since run more than 100 parkruns and is currently training for his fourth London Marathon.